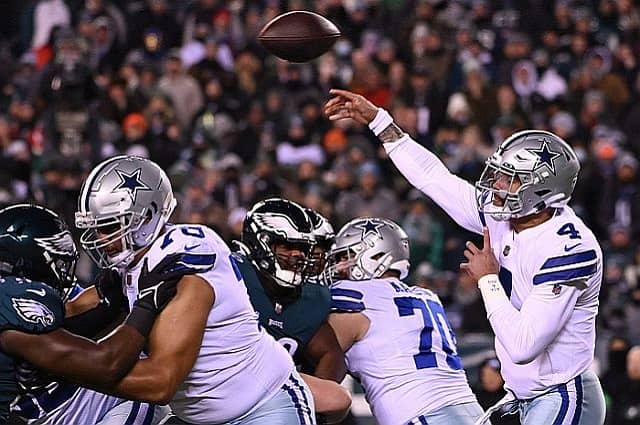 Talk about one of the great weeks of NFL football in recent memory. From the insane Vikings comeback which set a record, to the snow fest in Buffalo, and the improbable ending in Vegas, we were spoiled NFL fans. Week 16 represents important playoff implications and big matchups for plenty of teams sitting on the bubble. Here are the top 3 2022 NFL games week 16

This wasn’t a matchup I had pinged as being meaningful at the beginning of the season, but as it stands, both teams are still battling for the playoffs. The Jets must win out, have New England lose once, have the Chargers lose to Indy or Denver, and for the Ravens to lose out. The Jags can win the AFC South if they go 2-1 with one of those wins coming in Week 18 against the Titans. Trevor Lawrence is becoming the QB we thought he would be and that’s been impressive to watch. It’s crazy what can happen to a team when they fire Urban Meyer! The Jets defense has been locked down in the secondary and a turnover battle could be the difference in deciding a winner in this contest. My money is on the Jets to take advantage of a Jags team coming off an emotional win over the Dallas Cowboys and take care of business at home. Prediction: Jaguars 22 Jets 24

A battle for the NFC is up for grabs and the Eagles and Cowboys are battling it out. Bad news came down on Monday in regard to the Eagles potential MVP quarterback Jalen Hurts who sprained his shoulder against the Bears.  While he may miss this game, it doesn’t seem like he will miss any playoff time. The Eagles have been nonstop on offense but it will be intriguing to see what this unit is without Hurts. Dallas’ defense was just torched by the Jags who pulled off a miracle win. The plus is that the Cowboys offense has been hot, and barring turnovers it might not need much to blow past this Philly team this week. Prediction: Eagles 21 Cowboys 28

The Raiders are one of the best stories of the second half this season and they are coming off one of the best finishes in NFL History. They are now in the thick of the playoff hunt after an abysmal start to the year where it seemed like Josh McDaniels might not make it to year number two. They’ve bounced back and they’ll face a Steelers team that must win out and get lots of help to make the playoffs. It sounds crazy but this literally happened last year as they skated in with the smallest of chances. The key in this game will come down to Kenny Pickett and whether he can play in this one after sitting out with a head injury a week ago. I still like Vegas and take their skill set over that of Pittsburgh. Prediction: Raiders 25 Steelers 18