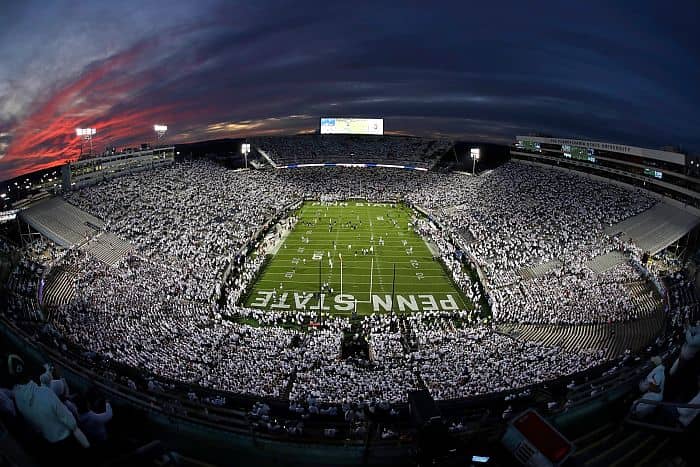 There may not have been an upset quite the size of Tennessee over Alabama, but the 8th week of college football still brought us plenty of great action and entertainment. Week 9 features three Top 25 matchups and a couple of other great conference rivalries that can’t be overlooked. We are inching closer and closer to the first CFP poll of the year being released. Here are the top 3 2022 college football games week 9.

The Vols look to stay perfect against a scratchy Kentucky Wildcat team that has had just a couple of stumbles this season after back-to-back losses earlier this month to Mississippi and South Carolina. Thankfully for the Wildcats both teams are now ranked and it didn’t boot them from the Top 25. They have a whole lot to handle with Tennessee who is having their best season in decades and are gunning for the number one spot in the nation. Another Top 25 win might just catapult them up the charts a bit more. The Vols have scored 65 and 52 in back-to-back weeks and their offense is showing no signs of slowing down anytime soon. This is their third straight game at home which is a major advantage. Let’s see if they get caught looking ahead to next week when they play Georgia. I don’t think they will. Prediction: Kentucky 21 Tennessee 41

The Wildcats are kicking themselves after being blanked in the second half to TCU last week after they had built up an 18-point lead in the first half. KState had a real chance to leapfrog to the front of the Big 12 with a win but now sits at 22 in the rankings and with another hard matchup this week. Oklahoma State is chasing TCU at this point as the top team in the conference, but they are still ranked ninth and their offense is firing on all cylinders after a comeback win over Texas last week. Mike Gundy has praised QB Spencer Sanders throughout the week and he will need his A-game as he faces a Wildcat team that has pulled out a couple of close games this season. The last three wins have been by 10 points or less and they beat Iowa State by a single point just two weeks ago. If this game remains close, it could get interesting in Manhattan. Prediction: Oklahoma State 35 Kansas State 32

The Nittany Lions are trying to make a push in the Big 10 but their big loss to Michigan did them no favors. Some fans seem to be pretty upset with James Franklin after yet another brutal beatdown to a good team. Penn State is lucky to still be ranked this high given how bad that loss was. Meanwhile, Ohio State is looking for a signature win before facing the Wolverines in the final game of the season. There is an argument to be made that the Buckeyes have faced no real competition and given how weak the Big 10 is now, that is no stretch. This shouldn’t be close and for OSU’s sake, you hope it isn’t. Prediction: Ohio State 45 Penn State 14