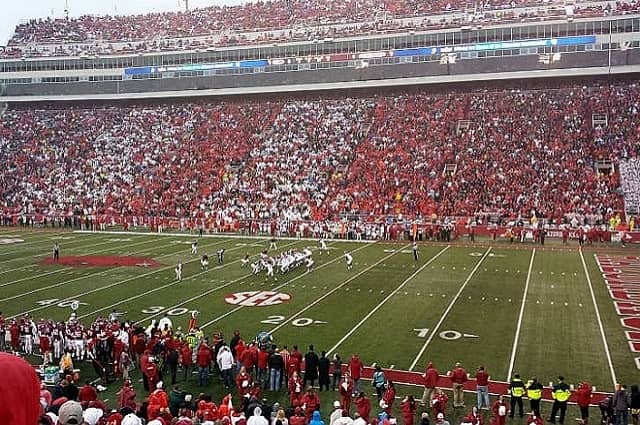 As we enter Week 5 of the college football season, we have four Top-25 matchups taking place. Conference play has begun, and the stakes are higher than ever before. There were some great wins last week that catapulted some teams while it crushed others. With four great games on this weekend, there should be plenty of moving in the polls. Here are our top 3 2022 college football games week 5.

This will be a rematch of the thrilling Big 12 Championship game last season where the Cowboys were denied on the goal line during a 4th-and-1. The Bears have stumbled once this season against BYU but their win against Iowa State on the road last week proved that they still have plenty of talent and ambition. Oklahoma State is coming off a bye week, and my concern with them is that they haven’t faced true competition yet. They gave up 44 points to Central Michigan in Week 1 and they let Arizona State, who we now know is a laughingstock, hang around until the fourth quarter in Week 2. This is going to be a tough matchup in a rowdy atmosphere for the Cowboys and it has all the makings of a letdown game for OSU. The Big 12 Championship teams may have 1-2 losses. However, Baylor simply can’t afford another loss with road games against Texas and Oklahoma still on their schedule. This really is a must-win for the Bears. Prediction: Oklahoma State 20 Baylor 22

This would have been a total dud of a game three years ago, but now both programs share compelling and promising futures.  The Wildcats are ranked seventh, which is their highest spot in the polls since 1977. Yes, many of us were either not born or just children when the Kentucky Wildcats were this good at football. Both teams enter this game undefeated, and the Wildcats already have one SEC win over Florida in a game where they went into Gainesville and knocked off the Gators. The quarterback talent in this matchup is phenomenal with future NFL Draft pick Will Levis lining up for Kentucky and Ole Miss slinging it out there with Jaxson Dart.  Both are from the transfer portal, and both are averaging more than 30 points a game.  It’s very possible that we have a shootout on our hands in Oxford this weekend. I smell an upset brewing for Lane Kiffin’s team. Prediction: Kentucky 35 Mississippi 42

Saturday was not a fun night for the Razorbacks who jumped out to a 14-0 lead before watching it crumble as the Texas A&M Aggies got a hard-fought win at AT&T Stadium. Unfortunately for Sam Pittman’s squad, it doesn’t get any easier. Alabama is now rolling into town, and I am sure they are hungry for a good “prove-it” game after nearly losing to Texas a few weeks ago. This should technically be the best opponent that the Crimson Tide has faced this season. They should feel fresh as they come off a bye week and I am certain that Nick Saban will have his team ready. Unfortunately for Arkansas, I feel like they could get downright embarrassed with this Bama team playing with a bit of extra fuel. Prediction: Alabama 35 Arkansas 14