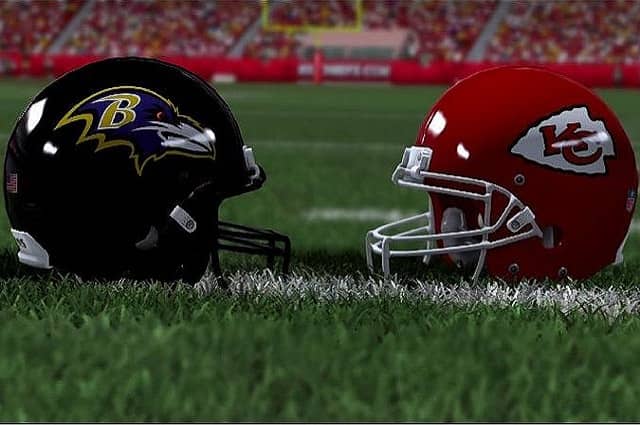 The first week of NFL games was everything we expected and more.  The season opened with a classic game between the defending champion Tampa Bay Buccaneers and the Dallas Cowboys.  There were some shockers – Cardinals/Titans and Saints/Packers – and the week ended with a great overtime matchup between Baltimore and Las Vegas.  This sets up more fun storylines and things to watch moving forward in the season. Here are the top three games in week two of the NFL season.

Matthew Stafford looked so natural running this offense with his new team. The Rams looked like a rejuvenated team with their new QB, and championship hopes are alive and well in Tinseltown. With the best group of receivers that he has ever had, Stafford was able to air it out with ease. On top of that, they completely shut down the Chicago Bears offense and ran away with the game on Sunday night. In Week two, they will face one of the league’s top defenses. Although the Colts struggled more defensively against Seattle than I thought they would, allowing 381 total yards. They will have their work cut out for them against the Rams offense.  Carson Wentz looked decent in his first start as a Colt, despite losing 28-16.  However, he will face a much sterner defensive test this week. It should be a great contest and I think defenses will be the ultimate story in this game. Prediction: Rams

Let’s stick with LA but move to the other team. The Chargers got a huge first win against a very skilled Washington defense. After losing so many close games in 2020, it was a huge step forward for this team and their first-year head coach Brandon Staley. But they’ll have to face a Cowboys team that truly shocked the nation when they nearly upset the Bucs on opening night. Dak Prescott might be the best story in the NFL this season and it looks like we are in store for a huge offensive showing from Dallas. I would expect this game to be a bit of a shootout as both defenses are well behind their offenses. The Cowboys defense took a hit with the loss of DeMarcus Lawrence for 6-8 weeks with a broken foot.  Justin Herbert vs Prescott is a great battle that we might see for years to come and even sounds like a fun Super Bowl matchup down the road. I would say that both teams had very surprising performances in Week one, and I want to see more of them in Week two. Prediction: Cowboys

We no longer have the fantastic matchup opportunity between Peyton Manning and Tom Brady, so we need a new quarterback rivalry to watch over the next decade.  I am in favor of Patrick Mahomes and Lamar Jackson taking that honor. The Chiefs got one of the most exciting wins in week one when they came back after trailing by double digits to the Cleveland Browns. The Ravens played in what must be one of the wildest games I have ever seen and could be reeling after the back-and-forth emotional roller coaster defeat.  Their defense was exposed, and Jackson struggled when they needed him most. He is 0-3 against Pat Mahomes so far in his career and after his week one performance, I am not so sure that he will add a victory to the  win column this week. The Chiefs have a huge number to cover already with bettors loving them here on the road. Prediction: Chiefs