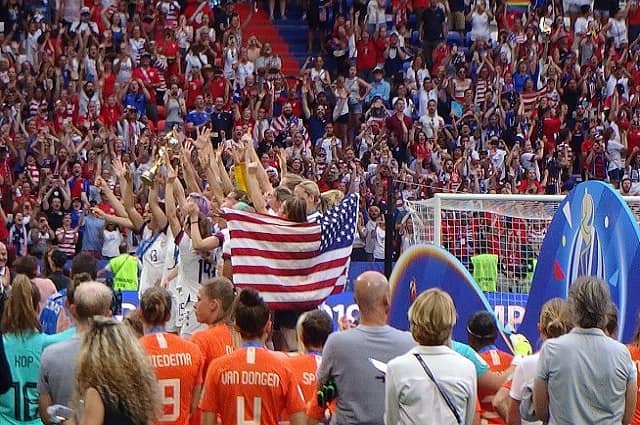 The Tokyo Olympics are just a little over a month away and as fans of the games are excited to watch, it’s the Olympians who have all the pressure on the line. These world-class athletes have trained since a young age to reach the summer games and after COVID-19 ruined many of those dreams last year, some of these hopefuls are getting another shot at it. Here are out top 10 American women athletes likely to win a gold medal.

Biles has become a household name in America after she won four gold medals at the 2016 Olympics in Rio De Janeiro. Biles is one of the most skilled gymnasts that we have seen in recent years, and she is bound to follow up her impressive 2016 performance with something even better in 2021.

The five-time world champion and 2016 Olympian is hoping she will perform better this time around than in the last Olympics. She was upset in Rio de Janeiro and has been fighting to get back to the main stage ever since. She is the most accomplished American wrestler of all-time and will be tough to bring down this year.

At just 19-years-old, the Seattle, Washington native is going to turn some heads this year in the canoe and kayak games. She already has two gold medals under her belt at two different championship events and is seen as a phenom in the sport. This will be her first Olympic games and hopefully she can keep her nerve and do what she does best, which is win.

Here is another name that you probably already know after her dominant performance in 2016. Ledecky has five Olympic gold medals between the 2012 and 2016 Olympic games. She is the top swimmer on the U.S. women’s team and could make a Michael Phelps-esque run this year. In the 2019 World Championships she was slowed down by illness so Ledecky is likely ready to shoot out of the gates.

Here is a teammate of Ledecky who didn’t get as much attention in the 2016 games but was excellent. Manuel brought home two golds and two silvers in Rio De Janeiro and she won five gold medals at the 2017 World Championships. She won another seven at the 2019 championships and will be chasing history in Tokyo.

This is a new competition that has been added to the games and I am all for it. Carissa Moore is a four-time world champion and will get to show off her world-class skill to the world this summer.

There is no way that we can leave Serena off this list as she is going for more medals and a tie with her sister for the most ever in Olympic history. Williams may not be as dominant as she once was, but I am not counting her out.

Water polo is one of the most popular Olympic sports and the American team is led by Maggie Steffens who is an accomplished player. The U.S. team won two gold medals at each of the last two Olympics and that shouldn’t change this year.

Megan Rapinoe and US Women’s Soccer

We are all in on the U.S. Women’s soccer team which is led by Megan Rapinoe. Each of the women on this team are the top players in the world and should find themselves deep into the Olympic run for another gold medal.