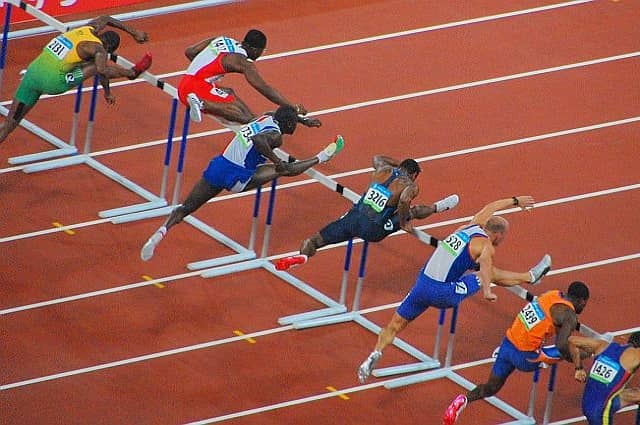 The Tokyo Olympics opening ceremony is just a month away, and as fans of the games are excited to watch, it’s the Olympians who have all the pressure on the line. These world-class athletes have trained since a young age to reach the summer games and after COVID-19 ruined many of those dreams, some of these hopefuls are getting another shot at it. Here are our top 10 men American athletes likely to win a gold medal.

Dressel notched two gold medals during the Rio Olympics and is one of the top swimmers that the U.S. has on their roster. During the 2019 worlds, he won another eight gold medals and is looking to chase after records set by Michael Phelps during the Tokyo Olympics.

I am really excited to watch Huston this year at the Olympics as he’ll be competing in the first ever skateboarding competitions in the summer games. He is a three-time reigning world champion and will be motivated to take home a gold as the first ever U.S. skateboarder in the Olympics. This should be extremely fun to watch.

Lyles was a big deal in the track and field world when he came out of high school and committed to the University of Florida. He ultimately decided to skip UF and go pro and he’s been nothing but successful ever since. This will be his first Olympic games and he has received the same hype as Usain Bolt. If he can sweep a few events with gold, we may be talking about a new all-time great U.S. Olympian at just 23-years-old.

At 32-years-old,  Boudia is going for an all-time U.S. record on the diving board. If he notches a medal of any kind, he will tie Greg Louganis for the most in American diving history at the Olympic games. He competed at Rio and won four medals, one being a gold.

Brady Ellison has racked up 17 gold medals in different world competitions and Pan American games.  But in two different Olympic tries, he has fallen short of gold each time. While he has a pair of silver medals from the London and Rio games, the man with the bow will be looking to acquire that elusive gold.

Taylor is one of the greatest long-jumpers in the world and took home six of seven titles for longest jump at the Olympics and other world titles during the 2010’s. Taylor is a guy who could easily break a world record this go around.

JT is heading to Tokyo as part of a pair that will include Bryson Dechambeau, Collin Morikawa, and Xander Schauffele. JT is having a great year on the PGA tour with a win under his belt and Dechambeau has done the same. Thomas is a calm-headed golfer with lots of experience and can play all courses well which makes me most confident in him.

The roster is already stacked with names like Damian Lillard, Kevin Durant, James Harden and Jayson Tatum. More names should be added to that list as the playoffs come to an end.  The U.S. will put together another dominant team that will compete for gold.

Baseball is returning to the Olympic games for the first time since 2008 and one of the most intriguing players is Eddy Alvarez who plays in the Miami Marlins organization. He has already competed in the Olympics…as a speed skater. He won a silver medal in 2014 during the Winter Games and now hopes to win one in baseball.

Holloway is the top ranked men’s hurdler in the world and already has a win at the world championships. This is another University of Florida track guy and he just recently set a world record earlier this year. It feels like gold is his to lose.