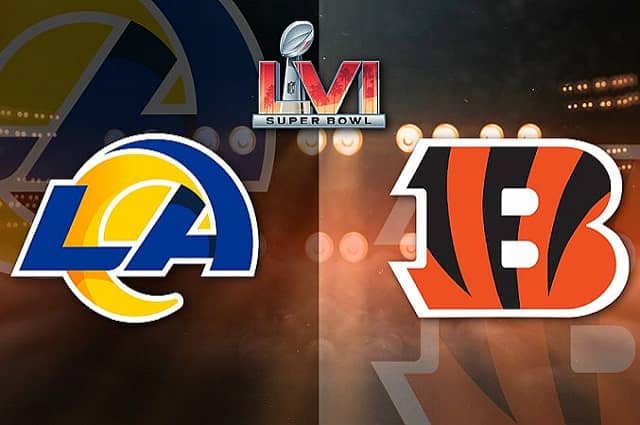 If you had told me that the Los Angeles Rams would be playing the Cincinnati Bengals in the 2022 Super Bowl before the season began, I hope you took that bet to Vegas. We saw two of the greatest weeks of playoff football in a very long time thanks to the divisional and championship rounds. Five of the last six playoff games finished on the last play of the game and there was a major upset in the championship round, we’re talking about you Kansas City. It is hard to fathom just how many things had to fall into the perfect place for these two teams to make it here. In the end, I am glad we will get to see Joe Burrow and Matt Stafford battle it out for the championship. Let’s preview Super Bowl 56.

No one saw this coming. The Bengals previous two seasons of poor play earned them the first overall pick in the 2020 draft and the fifth overall pick in the 2021 draft.  Hello Joe Burrow and Ja’Marr Chase. In Joe Burrow’s rookie season, he tore his ACL and missed the final six games.  However, he rebounded in his sophomore year with an outstanding season. His favorite target this season was also his college go-to Ja’Marr Chase, a player the Bengals were ridiculed for drafting so early as they overlooked offensive line help.  Obviously, that decision has worked out nicely for them. Cincy’s biggest weakness certainly is their O-line which allowed nine sacks to the Titans in the divisional round.

They were expected to be on this stage the second they sent a haul of draft picks and Jared Goff to Detroit for Matt Stafford. His connection with head coach Sean McVay proved successful in the regular season and despite a mid-season three game losing streak the Rams made it to the big game. They have taken down the Cardinals, Bucs, and 49ers in the playoffs on their way to this game.  Although they had to hold off one of the best comebacks of the season when they led the Bucs 27-3 and narrowly escaped with a 30-27 victory after allowing the Bucs to tie the game at 27. The Rams will beat you on offense, but their defensive line will also get after the QB and make things uncomfortable. We saw Sean McVay make several questionable game management decisions in the championship game, but they didn’t come back to haunt him.

Before last year, no Super Bowl involved a team that played in the host city. The Bucs broke that streak and somehow for a second-straight year the Rams are doing the same. They will have the crowd on their side in this game and their players will be resting comfortably at home until they go to the team hotel which is a huge plus.

Keys of the Game

Cincinnati Bengals, Protect Burrow: This offensive line allowed just a single sack against the Chiefs in the AFC Championship game after allowing nine the week before against the Titans. Burrow needs time. He is practically a rookie playing in this game and nerves will be high.

Los Angeles Rams, 2 T’s, Time and Turnovers: The Rams used all their timeouts on bad game management and horrendous challenge calls last week. That won’t fly in the Super Bowl. When the Rams win, Stafford holds onto the ball.  This will be key as the Bengals forced Patrick Mahomes to fall apart in the AFC Championship game and they capitalized on it.

Playing at home and having Aaron Donald and Von Miller is enough to push me towards the Rams. Rams 27 Bengals 23