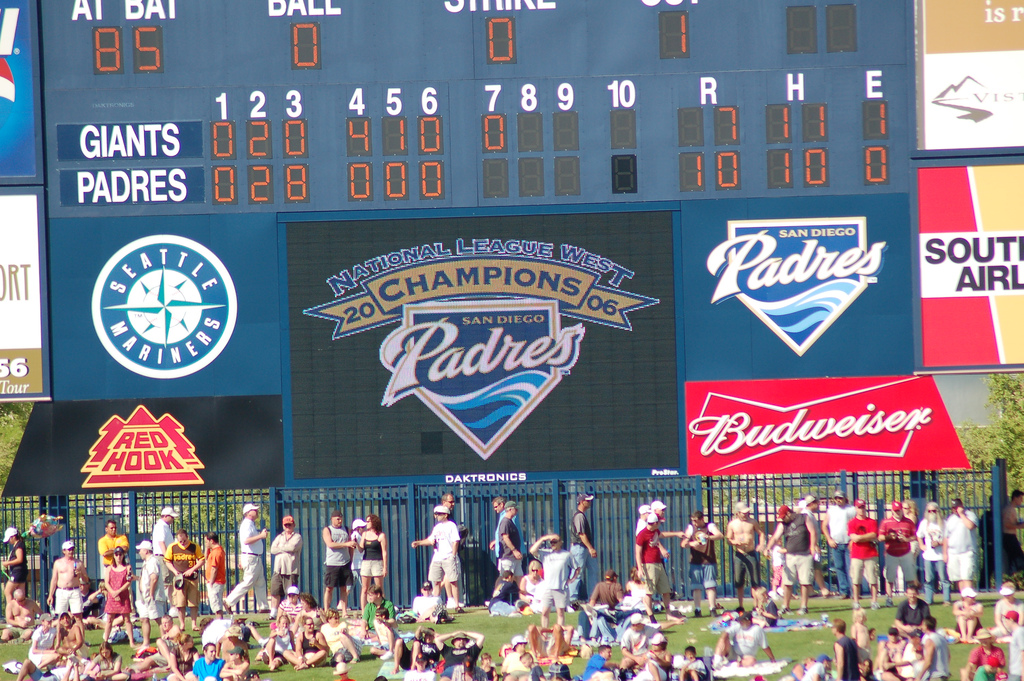 Spring baseball is in full swing and if you’re anywhere near the great state of Arizona, there are several great venues worthy of taking in a spring training game or two. Here are four great stadiums that should be on your Cactus League spring training bucket list.

The Cubs’ new home since 2014, Sloan Park is the largest spring training stadium with a capacity of 15,000. However, with the popularity of the Cubbies on the rise since their improbable 2016 World Series victory, finding a seat to sprawl out in might be hard to come by.

Regardless, the architects of Sloan Park paid amazing attention to detail, building a mini-Wrigley field in the heart of the Grand Canyon State. The left-field seats, for instance, were built to resemble the rooftops of Waveland and Sheffield, and the grass hill beyond the centerfield wall is an almost perfect match for Wrigley, minus the brick wall and ivy.

There are also an array of food trucks offering all types of ballpark food, healthy options, and even a few Chicago-Arizona mashups, such as a hot dog topped with guacamole.

This place has everything. I still think it would be a great prank to replace the sunscreen with melted butter. This place would smell amazing.

Situated to take advantage of the stunning mountain views of Scottsdale, Arizona, Salt River Fields at Talking Stick is definitely a Cactus League venue worth checking out. Home of the Rockies and the Diamondbacks since 2011, the seating arrangement in the stadium is ingenious, designed to provide maximum shade as the sun gets hotter throughout the day. There is also plenty of lawn seating and even complimentary suntan lotion dispensers located throughout the complex.

The food is top-notch as well, including access to the notorious churro dog, a D-Backs staple at their Phoenix regular season home Chase Field. What is as churro dog you ask? Only a churro inside a chocolate-glazed donut topped with frozen yogurt. 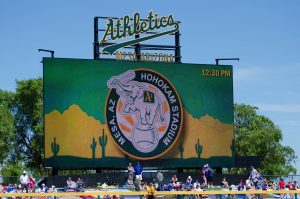 Opened in 1977 Hohokam Stadium is one of the oldest active parks in the Cactus League. However, a comprehensive remodel in 1997 has breathed new life into the stadium. It’s also one of the most economical stadiums in the cactus league, with lawn seats set at only $10 and infield box seats at only $35.

The fan experience is unique as well as Hohokam Stadium is the only spring training venue in the major leagues that allows fans to shag fly balls during batting practice. There is also plenty of Bay Area food options on hand, including the Mustache Pretzel Truck and Ike’s Sandwiches. 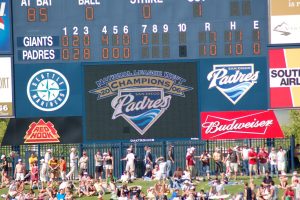 Another dual-team spring training stadium, Peoria Sports Complex is a family-friendly venue with some great features for kids. While this stadium doesn’t make a lot of top spring training stadium lists, wonderful memories can be made as children ages 12 and under can make public address announcements, run bases after games, and stand next to a player during the National Anthem.

If you’re hungry – really hungry – then make sure to attack the foot-long Ruthian hot dog, or scarf down a Seattle Fog Burger, topped with blue cheese and bacon.