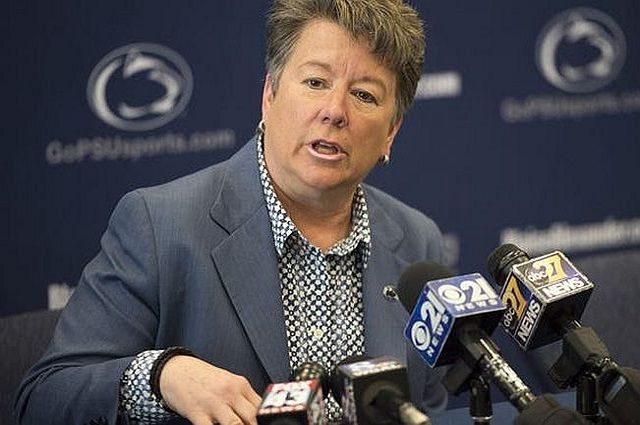 Indicating that it “would be a last resort” Penn State athletic director Sandy Barbour said a spring college football season is a possibility.

Barbour said conversations about a spring college football season began as soon as college athletics came to a screeching halt in March because of the coronavirus pandemic, which continues to cast an abundance of uncertainty over the fast-approaching fall season.

“One of the biggest challenges [of a spring season] — and it’s probably the biggest one in my mind — is the proximity to next season, and frankly a second lost spring ball,” Barbour told reporters on a Zoom teleconference Wednesday. “Overcomeable, if perhaps we’re willing to have a shortened season — again in the category of ‘something is better than nothing,’ that may not be a problem at all.”

Conferences at every level have been working on various models in case the fall is disrupted by the pandemic, but the spring contingency plan garnered more attention this week after TMG Sports reported the Ivy League is considering forgoing the entire fall in favor of a seven-game, conference-only spring season that would begin in April and conclude in mid-May.

The Ivy League will announce a final decision on fall sports July 8, but FBS decision-makers continue to move forward, albeit cautiously.

As coronavirus cases continue to rise throughout the country, Barbour conceded so does pessimism among the sport’s decision-makers.

“There’s no doubt there’s been a little bit of pessimism here in the last couple of weeks that we really hadn’t had for probably about four to six weeks,” Barbour said. “… I think that’s part of the ebb and flow of the virus here. Obviously my hope is that, maybe, as people start looking at the masking and social distancing again and all of the precautions and recommitting to the seriousness of this, we’ll see it flatten out.

“What we’re doing is we’re planning. Obviously, given the uncertainty, we’re having to work on a lot of different plans, a lot of different scenarios. And when the time comes, if it’s healthy and safe to do it, we’ll obviously do it. And if it’s not, we won’t.”

Barbour, echoing most of her peers, said none of the student-athletes would lose their scholarships if they weren’t comfortable returning to their teams during the pandemic — regardless if it’s during voluntary workouts, when mandatory training for football begins July 13, or the start of preseason camp.