Shot at Playing in the Super Bowl 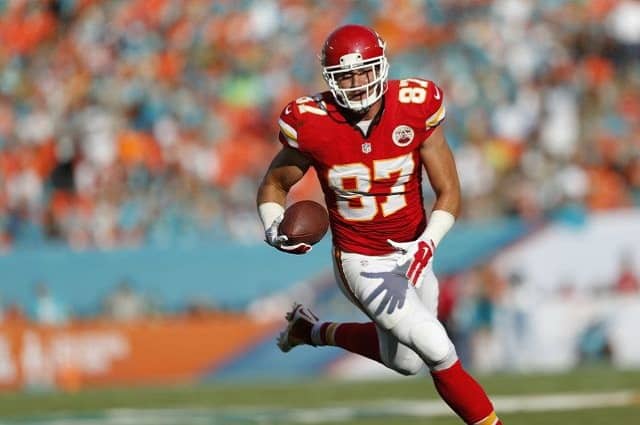 Shot at Playing in the Super Bowl

COVID-19 made the 2020 NFL season a year like no other. With schedule changes and player illnesses, the NFL season has been full of ups and downs and as usual, plenty of shocking upsets.  None more so than the Cleveland Browns defeat of the Pittsburgh Steelers in the wild card round of the playoffs.  It was the Browns first postseason victory since the 1994 season.

That result was heart breaking for Ben Roethlisberger of the Steelers, who set an NFL record for most single-game pass completions in that wild card round.  His performance could have been worthy of victory but was not. Who are three other NFL players whose performances thus far this season merit a shot at the Super Bowl? Read on to find out.

A standout part of his game has been the telepathic relationship he has fostered with Davante Adams. Together the two have torn NFL defenses to shreds and made the Packers one of the favorites to lift the Lombardi Trophy. Next up, the Tampa Bay Buccaneers in the NFC Championship game. If the Packers win it will be Rodgers second trip to the big game.

The tight end has been in dazzling form for the Chiefs this season, breaking multiple NFL season records along the way.  Near the end of the last regular season game Kelce had a 36-yard reception to set the record for most receiving yards in a season for a tight end.

In that same game he also recorded his 100th reception of the year, becoming the first tight end in NFL history to have managed that feat on more than one occasion. Kelce’s determination, hard work and personal improvement could be rewarded with a second consecutive appearance in the Super Bowl. After all, his performance is one of the reasons that the Chiefs are favored so highly in the Super Bowl odds.

Wide receiver Davante Adams has been outstanding for the Packers this season and he has been the beneficiary of one of the best seasons in Aaron Rodgers career. His route running ability has made him almost unstoppable.  Since 2016 Adams has been one of the top receivers in the league. He finished 2020 with a career high 18 touchdown receptions.

The clash between the Packers and the Rams last weekend at Lambeau Field saw the top offense and the top defense in the league face off against each other.  Adams’ had nine receptions and a touchdown in the Packers 32-18 victory. This weekend the Packers faceoff against Tom Brady and Tampa Bay. Adams’ first trip to the Super Bowl is on the line.