The Return Of Steve Spurrier 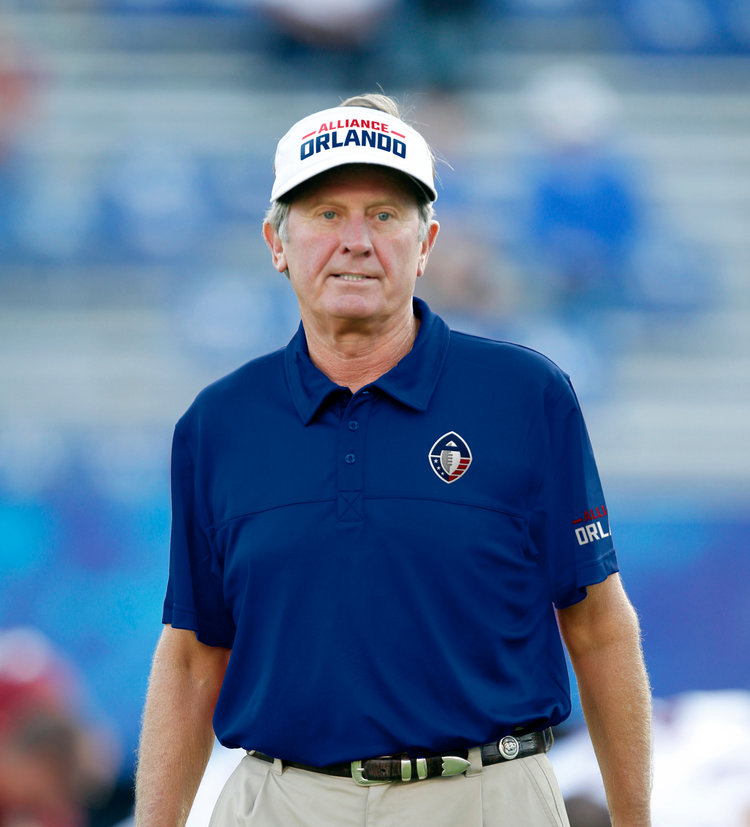 The Return Of Steve Spurrier

Florida football fans have reason to rejoice. The Alliance of American Football (AAF) has announced legendary college football coach Steve Spurrier will be stalking the sidelines of its team in Orlando. The new winter/spring professional football league plans to launch in February 2019, and hopes luring a high-profile coach like Spurrier will give the league legitimacy and a greater chance of successfully competing with the National Football League where so many other leagues have failed.
This will be the first coaching job for the 72-year-old coach since resigning as head coach of the South Carolina Gamecocks in September 2015. Of course, Spurrier is most- remembered for his successful tenure leading the Florida Gators both as Heisman Trophy-winning quarterback and as head coach from 1990-2001, winning a National Championship in 1996. He also has experience coaching in spring leagues, having led the Tampa Bay Bandits of the United States Football League (USFL) from 1983-1985. His new role as head coach of Alliance Orlando brings him back to his home state for the time since 2001.
“The Alliance offers a unique opportunity to get back into coaching, this time for a spring season, and work closely with hungry, talented athletes looking to begin, revive or extend their professional careers,” says Spurrier in a statement posted on the league’s website. “The fact I can do this in Orlando makes it that much sweeter. I’m fired up and ready to go.”

It's OFFICIAL: The legendary Head Ball Coach, @SteveSpurrierUF has joined The Alliance as head coach in Orlando. All the details at https://t.co/FPPxtbeBjO #JoinTheAlliance #AllianceORL pic.twitter.com/1Q4eQRq1is

The AAF will begin play on February 9, 2019, one week after the Super Bowl with teams competing in eight cities across the U.S. The AAF announced Orlando as its first city to be awarded a team. AAF officials believe Orlando is an ideal city for the new league and hopes Spurrier’s presence throwing his visor to the ground will tap into a fanbase ready for professional football.
“Orlando has already proven to be a passionate, loyal and engaged fan base that loves the game, yet they don’t have a professional football team to call their own,” says Charlie Ebersol, co-founder and CEO, The Alliance.
“Well, we’re not just bringing professional football to town, we’re bringing the Head Ball Coach with us, a true Florida legend.”