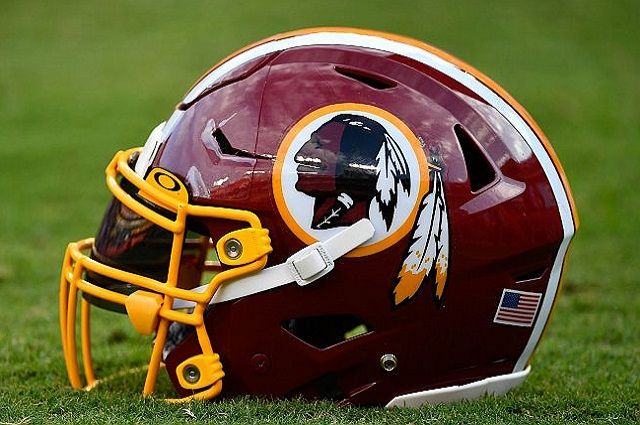 Investors Call On Nike, Pepsico and FedEx To Sever Ties With Redskins

The Washington Redskins face renewed pressure to change their nickname, but this time protestors are targeting their sponsors, Adweek magazine reported.

According to the report Wednesday, Nike, FedEx and PepsiCo each received letters signed by 87 investment firms and shareholders worth a combined $620 billion asking the companies to sever ties with the Redskins unless they change their controversial name. There has been more pressure in recent weeks to change their name given the social climate following the death of George Floyd in Minnesota and the Black Live Matter movement.

The Redskins have contributed to some of that change, removing the name of former owner George Preston Marshall from their ring of fame. Marshall was the last NFL owner to integrate his roster, and did so only under pressure from the government to avoid losing a 30-year lease on federal land.

But Native American leaders want owner Dan Snyder to change the name, which the franchise has used since 1933. In the past, groups protested the name and tried to win in court. Those efforts failed. Now investors are appealing to the sponsors, something that one former high-ranking Redskins employee called “different.”

The groups appealed to PepsiCo after it dropped the Aunt Jemima image from its syrup. In the letter, they praised Nike for its association with Colin Kaepernick, but noted, “However, Nike continues to provide uniforms and equipment to the Washington, D.C. NFL football team which bears the logo and name.”

Carla Frederick, the director of First Peoples Worldwide and director of the University of Colorado Law School’s American Indian Law Clinic, told Adweek that “this is a broader movement now that’s happening that Indigenous peoples are part of.” She credited social media for helping them land a bigger voice.

“Indigenous peoples were sort of left out of the civil rights movement in the late 1960s in many respects,” she said, “because our conditions were so dire on reservations and our ability to engage publicly was very limited because of that. With social media now, obviously everything is different.”

Meanwhile, the Washington Post reported that Eleanor Holmes Norton, the District of Columbia’s nonvoting delegate to the House of Representatives, made it clear what needed to happen if the Redskins wanted to return to the district.

It’s a stance she has taken in the past, but it serves as a potential roadblock for the franchise if it wants to move back to the district when its lease on the land at FedEx Field in Landover, Maryland, is up after the 2027 season. Washington is looking at sites in the district, Maryland and Virginia.

District officials had made it clear they’d like the franchise to return to the city, where it played until leaving RFK Stadium after the 1996 season. The federal government owns the land, but last year Norton introduced a bill that called for it to be sold to the city at a fair market value.

According to the Post, there is a shared responsibility to decide how to then develop the 190-acre property. Under the RFK Memorial Stadium Campus Conveyance Act, the mayor, the D.C. Council and residents would share in the decision-making.

Regardless, Norton reiterated her position on the franchise’s name to the Post.

“I call on Dan Snyder once again to face that reality, since he does still desperately want to be in the nation’s capital,” Norton told the Post. “He has got a problem he can’t get around — and he particularly can’t get around it today, after the George Floyd killing.”

D.C. Mayor Muriel Bowser recently said on The Team 980 radio station that it was “past time for the team to deal with [a name that] offends so many people.”

In the Washington Post article, D.C. Deputy Mayor John Falcicchio said, “There is no viable path, locally or federally, for the Washington football team to return to Washington, D.C., without first changing the team name.”