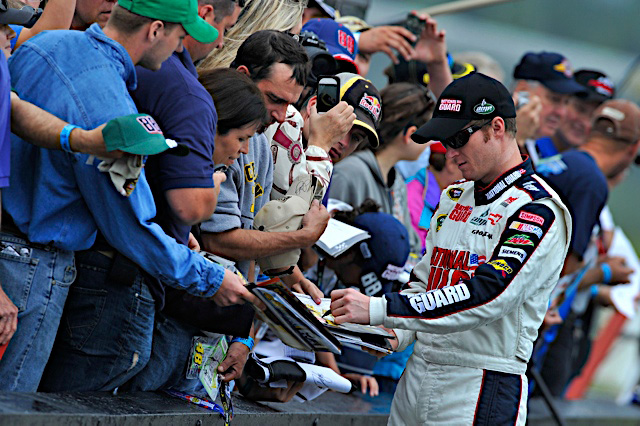 In a move sure to make stock car racing fans giddy, NASCAR recently announced plans to liberalize garage access during the 2019 NASCAR season. According to an item reported on ESPN online, NASCAR officials are exploring “relaxed garage policies” after noticing the positive experience among fans and drivers at the 2019 Rolex 24 at Daytona, the annual 24-hour race at Daytona National Speedway.
Now, before you think you’re going to be able to simply saunter up next to Kyle Bush, Kevin Harvick, or Joey Logano like old friends, we’re not talking about wide-open access right up until the words “gentlemen, start your engines” is heard over the P.A. system. NASCAR is, instead, discussing allowing garage access to a limited number of fans during carefully selected time frames.
NASCAR has successfully experimented with garage access in the Trucks and Xfinity Series, but it was the vibe created at the Rolex 24 that got the attention of NASCAR officials.
NASCAR has released a tentative open garage schedule for Daytona Speedweeks: 9:30 – 11:30 a.m. ET on February 10 and from 4-6 p.m. ET February 14 at Daytona.