NFL MVP Odds – Who Will Win? 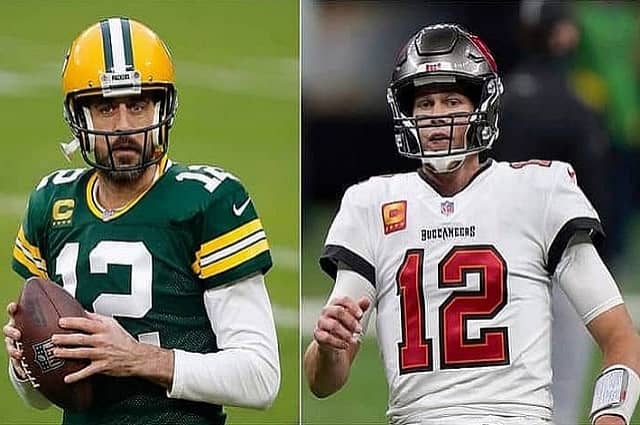 NFL MVP Odds – Who Will Win?

The MVP race is heating up in the NFL as we enter Week 15. Many players have been in the MVP talks during the season before falling off after underperforming in subsequent weeks. There are mostly familiar names near the top of this year’s list while there are some newcomers and for the first time in what feels like forever, there is actual talk of a non-QB being considered. While that last option seems like a stretch, let’s break down the NFL MVP odds for the top three candidates and a fun one just to make things interesting.

The Bucs QB is currently the betting favorite to win the MVP award. It would be remarkable if he could win the award at the age of 44. Brady would break his own record for oldest MVP in league history, a record he set in 2017 when he won at age 40. Through 14 weeks, Brady has been outstanding. He leads the league in passing yards with 4,134, leads the league in touchdowns with 36, and has the highest QBR at 67.7. The only category where he is shaky is interceptions where he is tied for throwing the 12th most with 10. Brady has four games remaining to try and beat Peyton Manning’s record of 55 touchdown passes in one season.  Even with an extra game to play with this season that seems unlikely, but let’s never discount the ageless wonder that is Tom Brady.

Rodgers is the second betting favorite and is the reigning league MVP. Rodgers’ stats aren’t quite as impressive as the ones that Brady has put up, but it also feels clear that he is the most valuable player to his team. In the one game without him, the Packers were limited to just seven points against a shaky Kansas City team. Rodgers is 10th in passing yards, tied for 5th in touchdowns, but he leads the league in fewest interceptions thrown with just 4. He is also 4th in QBR. The Packers own the top-seed in the NFC, and they owe most of that to Rodgers which is something that is certainly helping him in the MVP race.

Kyler has reached the upper echelon of NFL QBs this season as he has the Arizona Cardinals in first place in the toughest division in football and has been playing like a true MVP candidate. Murray’s passing stats can’t necessarily be held against him as he is the only true dual-threat QB on this list and missed three games. Murray has the fifth best QBR in the league but ranks outside the top-20 in passing yards. His 19 passing touchdowns tie him for 11th place, but he has added five on the ground with another 267 rushing yards to boot. Murray’s bid for MVP may have taken a bit of a hit with the Cards winning two of three when he was out of the lineup. Unless something drastic happens, I think his absence in playing time has caused him to fall too far behind.

Taylor is the most valuable player on the Colts, and it isn’t close. He leads the NFL in rushing yards, rushing touchdowns, and is second in rushing yards per game behind Derrick Henry. His 1,348 rushing yards are well more than the second-place leader Joe Mixon who has 1,038. Taylor will not be a finalist, but he should be in my eyes, as the Colts fight for a division title.