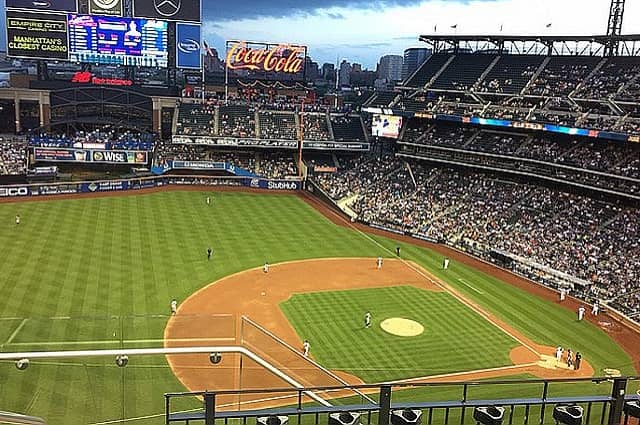 The MLB All-Star game is next week as the game’s best, or maybe just most popular, will suit up for their respective leagues and take the field at Dodger Stadium. This MLB season has been full of incredible play, total surprises, and major disappointments. Let’s look at the National League mid-season report.

The two New York teams being the best in each league seems bizarre, but it is the world that we are living in. Things are clicking in New York with manager Buck Showalter resurrecting this franchise. New York is battling the LA Dodgers for the most wins in the league, and they are doing it in a division with a good Atlanta Braves team on their tails. This team has a potent offense that gets on base and the star addition has been OF Starling Marte.  Ace Max Scherzer has missed most of the year, but as they get him back, they may only get better.

Sure, we expected the Padres to be good, but when it was revealed that Fernando Tatis Jr. broke his wrist and was going to miss at least the first half of the season, I think many people wrote the Padres off. They have proved everyone wrong, and I think a lot of that has to do with Bob Melvin taking over as the manager. He is a proven successful manager who will churn out wins and be a pest to the rest of the division. San Diego is just a few games back of LA in the West and holding their own without their best player.

Instead of a team, I am going with an individual here. Bellinger had an atrocious year in 2021, hitting only .165 and belting just 10 home runs. This was the guy who won an MVP in 2019 when he hit 47 home runs and hit .305. After two mediocre years, everyone was hoping that he was just in a funk, and he’d break out soon. But as Bellinger hits just .205 with more than 90 strikeouts already, he really might be washed up, despite being not quite 27 years old.

The first baseman is helping the Cards stay in the hunt in the Central as he is having a year that can be described as rejuvenating. Goldy is belting the ball, already hitting 19 homers while maintaining a .340 average and .422 on-base percentage. Goldy is on an absolute tear and has been a nightmare for pitchers.

The Miami Marlins have an ace, once again. Alcantara has been untouchable this season. He was the pitcher of the month in June and has a .95 WHIP to go along with his 1.82 ERA and 107 strikeouts. The Marlins aren’t exactly in the playoff hunt, but he is must-watch television when on the mound.

You may not have seen Cruz, but this guy is so much fun to watch. After starting the season in the minors, he’s played fewer than 20 games so far, but he has some serious pop. Give him a few more weeks in the bigs, and he may be slashing at a consistently great rate.