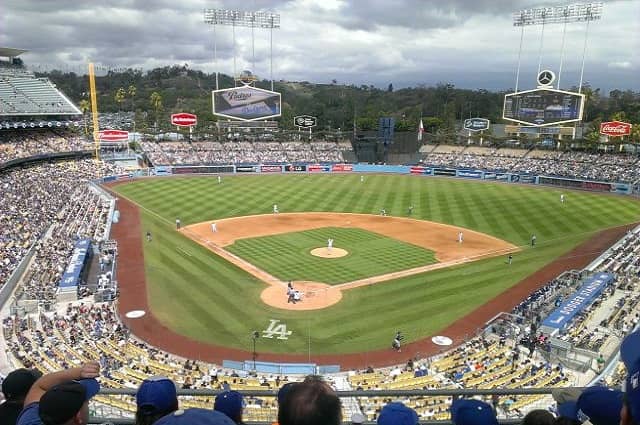 We are a little over a week into the MLB season and it’s been fun to watch so far. It is clear that the Los Angeles Angels will be one of the most exciting teams to watch this year, the Cincinnati Reds may score 10,000 runs, and the AL East may be more entertaining than we already thought. With that being said, it’s not too late to delve out some individual award and championship predictions because just one week into a season doesn’t give you that much of a clear crystal ball view of the future.

MVP – Shohei Ohtani: Yes, a Los Angeles Angels player will win the MVP, but it won’t be Mike Trout, who has already won the award three times. Being able to hit and pitch at an All-Star level is something we haven’t seen since Babe Ruth played. Ohtani has all the tools to wow us with his power and his pitch velocity.

Cy Young – Tyler Glasnow: The Tampa Rays pitcher is stepping into the ace role in the starting rotation, and he has all the intangibles to bring home an award like the Cy Young. Glasnow can hit 100 with his fastball and buckle your knees with his off-speed stuff. Pitchers tend to trend upwards in Tampa and that’s what Glasnow has done since coming over from Pittsburgh.

Rookie of the Year – Randy Arozarena: This one feels like cheating because anyone who sets the MLB record for home runs in a postseason and is still considered a rookie the following year just isn’t fair. Between his defense, his bat, and his power, this Tampa Rays star is going to emerge as one of the most exciting players in the American League.

MVP – Juan Soto: Soto has emerged as one of the young superstars in the game and he is the best position player on the Washington Nationals roster. He is on pace to break 100 career home runs this year in just two and a half seasons and is a career .295 hitter. Soto is already a star, but this could be the season where he becomes the best in the league.

Cy Young – Jacob deGrom: I’m a firm believer in not betting against anyone when they are red hot and that’s how you can describe deGrom over the last three years. The New York Mets star could have very well won his third consecutive Cy Young last year but just lost out to Trevor Bauer. This time around, deGrom reclaims that title.

Rookie of the Year – Ke’Bryan Hayes: Hayes injured his hand in the second game of the season and was placed on the 10-day injured list.  Once he returns, this kid is going to be a star. He played in a limited role last year and hit .376 with 5 home runs in just 85 at-bats. Hayes is the guy the Pittsburgh Pirates will be rebuilding around for years to come.