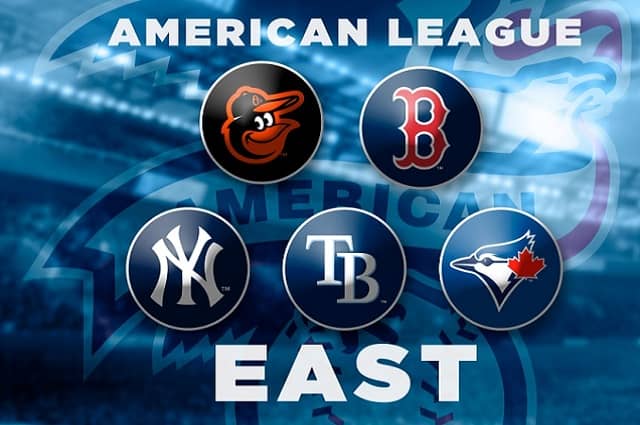 Hallelujah, baseball is back. After a grueling MLB lockout, it is nice that players have reported for Spring Training and that the season is nearly here. It was a great 2021 season where the Braves knocked off the almighty Dodgers and Astros on their way to a World Series victory. We saw the emergence of new superstars, different teams rise to the top, and former powerhouses sink to the bottom. With the season fast approaching, let’s catch you up on everything you may have missed and what you need to know with our MLB predictions. Here is a preview of the AL East.

The American League East was the best all-around division in baseball in 2021. The Tampa Rays won the division with 100 wins while the Red Sox and Yankees battled in the Wild Card with 92 wins apiece. Don’t forget about the Blue Jays who finished with 91 wins and have one of the most talented young rosters in the league. The Orioles are down in the basement, still in the midst of a rebuild. Ultimately, the Red Sox season lasted the longest with a shocking upset of the Rays in the ALDS and a hard-fought battle with the Astros in the ALCS before eventually losing.

Blue Jays – Vladimir Guerrero Jr. – Had it not been for Shohei Ohtani’s insane campaign, Vlad was a runaway for the MVP. The young slugger belted 48 home runs, drove in 111 runs, and hit .311.

Red Sox – Rafael Devers – Easily one of the most exciting third baseman in the league, Devers is the power bat in this Sox lineup – 38 homers and 113 RBIs – and has a charismatic smile to go along with it.

Yankees – Aaron Judge – Everyone knows Judge as he’s become a face of baseball. But we may not see much of him this year if he doesn’t get vaccinated. Due to state laws, he currently is unavailable for all home games.

Orioles – Cedric Mullens – Mullens had an All-Star campaign in the outfield where he hit 30 home runs and stole 30 bases. He is a bright spot on an otherwise bland team.

Rays – Randy Arozarena – One of the hottest young stars in baseball, there are few things that he can’t do.

There haven’t been a ton of big moves that have gone down in the AL East. The Rays lost CY Young award winner Robbie Ray to Seattle and replaced him with Kevin Gausman. There are lots of rumors over whether Atlanta Braves 1st baseman Freddie Freeman will play for one of these teams by the end of the week after Atlanta recently traded for Oakland 1st baseman Matt Olson.

This is bound to be another tight division race. The Yankees made a ton of moves at last year’s deadline but decided to keep Aaron Boone as their manager. The Red Sox will be consistent with Alex Cora back at the helm and I would expect the same of the Tampa Bay Rays. The Blue Jays are the wildcard team that could dominate this division or allow inexperience and youth to get the best of them. Division Winner: Tampa Bay Rays 99-63