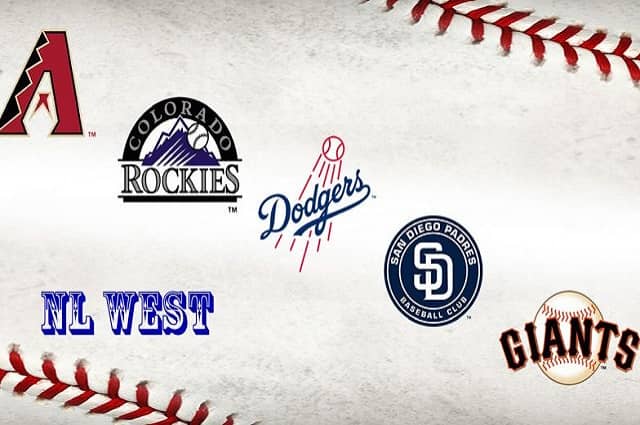 It’s almost time to “play ball” as the 2021 Major League Baseball season gets underway April 1.  That’s great news considering we were given the short end of the stick with last year’s 60-game COVID-shortened season. The excitement for the game of baseball seems to be heading in the right direction with a new crop of exciting, young players. There are new teams who are gunning for the top of divisions and new rivalries that should bring a spark. We will break down every division as the season gets closer. Here’s the NL West.

As we all know, the Los Angeles Dodgers have owned this division for the last eight years. What’s hard to believe is that they never won the World Series in any of those years until last season.  That ended a 32-year championship drought for the franchise. Now the Dodgers appear to be favorites for another championship run.  However, another team in the division looks like they are ready to battle for the trophy as well.

Let’s start with LA. They added 2020 NL Cy Young Award winner Trevor Bauer to a starting rotation that already includes former Cy Young winners Clayton Kershaw and David Price. Oh, they also have Walker Buehler, the 26-year-old stud who has proven his worth over the last two postseasons. Don’t be surprised if Buehler wins the award this season.  On top of this phenomenal pitching staff, they have an offense that is stacked with Mookie Betts, Corey Seager, Cody Bellinger, Will Smith, Justin Turner, and Max Muncy. What is scary about the Dodgers is that they still have top talent in their minor league organization that can contribute and have shown that they are willing to either spend or trade whatever is necessary to become World Series contenders.

The San Diego Padres made the postseason for the first time in 14 years last season.  They were promptly swept by the Dodgers 3-0 in the NLDS.  This is a rivalry that is just starting to brew, and I can’t wait to see it unfold. After a decade-plus of being irrelevant, the Padres have finally decided to spend money, make trades, and go all-in on a winning roster. Bolstered with young talent like superstar Fernando Tatis Jr, Jake Cronenworth and Trent Grisham, the Padres have added nicely to their veteran core of Manny Machado, Eric Hosmer, and Wil Myers. With the addition of 2018 AL Cy Young Award winner Jake Snell and Yu Darvish to the rotation along with Dinelson Lemet this group has the ability to go the distance. They added Mark Melancon this offseason to shore up the bullpen.

The division will come down to those two teams but you can’t fully count out the San Francisco Giants either. Gape Kapler is entering year two as the manager on a team that is old. You could spin that as a team with a veteran presence, but their rotation scares me considering Kevin Guasman is their ace and their lineup’s best hitter is Brandon Belt. If Johnny Cueto can return to any semblance of the form that earned him his current contract that would be a huge boost for the rotation, but it appears that his best years are behind him. After sitting out the 2020 season due to COVID-19 concerns, six-time All-Star and former MVP Buster Posey will be back behind the plate, but unfortunately it will be too little, too late. Those three World Series championships in the 2010s are starting to look like a long time ago.

The Colorado Rockies are facing a bit of a conundrum this season. Historically the team has been all offense and suspect pitching. This year they have a decent starting rotation that finished third in the majors in innings pitched and quality starts last season.  However, they’ve jettisoned two of their top offensive talents – All-Star David Dahl and superstar Nolan Arenado.  They still have All-Stars Trevor Story and Charlie Blackmon but not much after that offensively unless former All-Star Daniel Murphy and Kevin Pillar can rebound and return to previous form.  The Rockies need offensive depth, bullpen help and another starting pitcher, or two.  Perhaps some of the prospects acquired in the Arenado trade will step up. Otherwise, it could be a long season in the Mile High City.

Rounding out the division is the Arizona Diamondbacks. They finished in last place in 2020 and didn’t do anything significant to upgrade the team in the offseason.  Kole Calhoun and Christian Walker are their only reliable run producers, and you wouldn’t build your team around either of them.  The team lacks a true offensive star and has no offensive depth. The starting rotation was suspect at best to begin with and that was before losing Robbie Ray.  They need at least two more starters and, probably three. Trading closer Archie Bradley at the trade deadline last season didn’t help the bullpen, but they did add Joakim Soria in the offseason and he’ll open the season as closer. However, that won’t be enough to compete in this division.