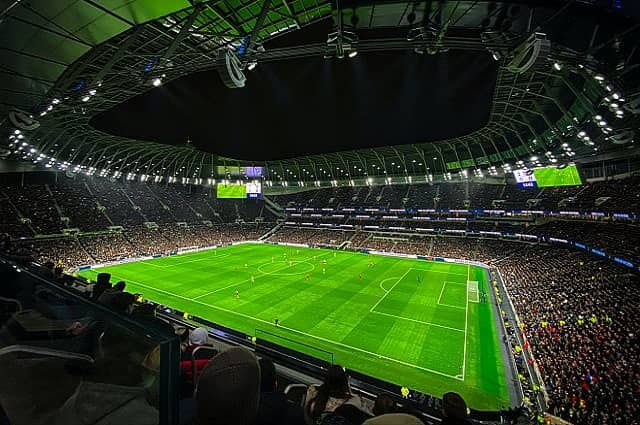 With the group stage all but over, the best is yet to come in the 2022-23 UEFA Champions League. Most of the knockout stage participants are already set, and multiple teams have already shown that they can go the distance and are way ahead of their competition, at least when it comes to this tournament.

Shockingly, FC Barcelona couldn’t get to the knockout stage, but there’s no shortage of candidates to win the highly coveted trophy. With that in mind, you can jump on board and bet crypto to wager on the winner of this edition.

The UEFA Champions League features nothing but the best players and teams on Earth, so making a prediction will be a complicated task. Nonetheless, judging by what we’ve seen thus far, we feel pretty confident making a case for every single one of the biggest candidates.

While there’s no surprise in terms of the teams with the highest odds to win the 2022-23 UEFA Champions League, it seems like oddsmakers have once again slept on some usual suspects.

So, in the next paragraphs, we’ll let you know just why any of these teams could take the trophy home based on their readiness, background, and future progressions:

This team’s odds come off as a shocker to many, to say the least. The reigning champions have the fifth-highest odds despite having just one loss in the group stage and being one of the most consistent and dominant teams in Spain and Europe. Real Madrid fans may not be happy, and the team sure has fared better than this.

Carlo Ancelotti is a bonafide coach at the European level, and reigning Ballon D’Or winner Karim Benzema will always come huge in the clutch. They also have an elite set of young players in Fede Valverde, Vinicius Jr, and Rodrygo, not to mention one of the greatest playmakers of all time Luka Modric. They should be ranked higher than this.

Jurgen Klopp’s team has a little-to-no chance of winning the English Premier League this season, so they’ll focus most of their attention on the UEFA Champions League instead. They’re fresh off a loss to Real Madrid at the ultimate matchup, so they’ll want to bounce back and end up on top this season.

Liverpool have struggled with injuries and defensive inconsistency for most of the season. But having Mohamed Salah, Luis Diaz, Darwin Nuñez, and Virgil Van Dijk on the roster will always give them a chance to compete at the highest level. They want to achieve continental glory for the second time in the Klopp era.

Paris Saint-Germain have historically underperformed when it matters the most in this tournament. They were finally close to winning the trophy a couple of seasons ago but couldn’t get the job done in the final vs. Bayern Munchen. This time, however, they’ll have Lionel Messi leading the way.

PSG’s attacking front has the potential of being historically dominant with Messi, Kylian Mbappé, and Neymar. However, there will always be some coaching concerns, and the team has failed to replicate their domestic success abroad once they reach the knockout stage, so people may not take them all that seriously until proven different.

There’s no way to talk about candidates to win without bringing Bayern Munchen’s name into the conversation. The Bavarians have wrought havoc in the German Bundesliga for over a decade now, and they’ve been perennial contenders in the UCL, regardless of who’s coaching the team or donning their jersey.

Sadio Mané and Leroy Sané put together one of the deadliest scoring duos in the game, but this team has just so many guys that can send the ball to the bottom of the nets every time they go out there. They’re the true definition of a team and have developed nearly unmatched chemistry on the pitch, so there’s no wonder why they should be near the top of the podium.

And last but not least, we find Manchester City, a team that has spent dozens of millions of pounds to win the UEFA Champions League yet has constantly failed in the knockout stage. Maybe, this will be the year Pep Guardiola can finally get over the hump and lead the Citizens to the promised land after such huge investments in talent.

Erling Braut Haaland looks poised to break every single goal-scoring record out there, positioning himself as the best striker on Earth right now. They have way too many playmakers, headlined by Belgium international Kevin De Bruyne, and some believe this year’s edition is theirs to lose.