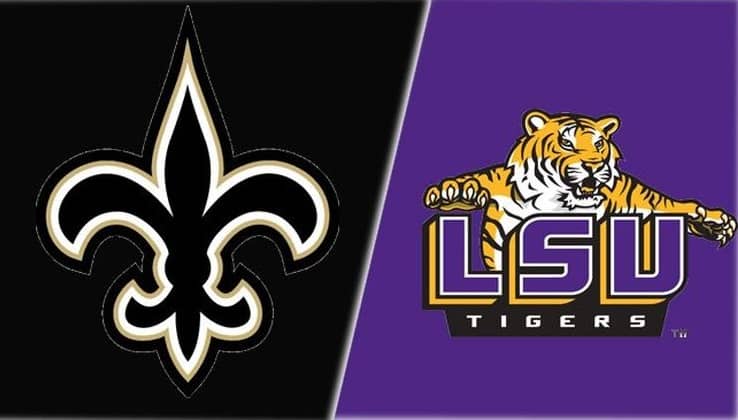 With Hurricane Delta bearing down on the state of Louisiana, the Missouri-LSU football game scheduled for Saturday in Baton Rouge, Louisiana, will move to Columbia, Missouri.

Also, according to The Athletic, the NFL could possibly relocate Monday night’s game between the Chargers and Saints from New Orleans to Indianapolis.  The Indianapolis Colts, who play the Browns in Cleveland on Sunday, have been informed by the league that the Monday night game could be played at Lucas Oil Stadium.

Kickoff for the Missouri-LSU game was originally scheduled for 9 p.m. ET, but it has been moved up to noon ET at Missouri’s Faurot Field.

“Due to the pending impact of Hurricane Delta on Louisiana and the surrounding area, it is in the best interest for the safety of everyone involved to move the game to Columbia,” SEC commissioner Greg Sankey said in a statement Wednesday. “It was critical to relocate the game to an SEC campus where SEC COVID-19 management protocols are in place and readily applied. I appreciate the cooperation of the schools who are working closely to make the appropriate operational adjustments in order to prioritize the health and safety of our student-athletes while accommodating this change in the schedule.”

The SEC on Tuesday said it continues to monitor the path of Hurricane Delta and remains in communication with conference schools to “evaluate its potential impact on other athletic events” this week.

Hurricanes and other storm issues have affected several LSU games over the years, most recently Hurricane Harvey’s forcing the 2017 season opener between LSU and BYU to move from Houston’s NRG Stadium to the Mercedes-Benz Superdome in New Orleans.