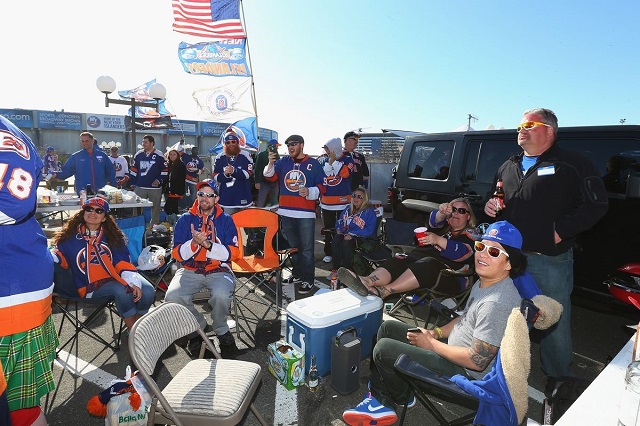 As part of its playoff coverage of the New York Islanders/Pittsburgh Penguins NHL playoff series this year, MSG Networks will air the “Islanders Tailgate Live” show.  This program will lead into the official pregame show before every playoff home game at Nassau Coliseum.

Hosted by Shannon Hogan, the 30-minute, tailgate special will include interviews with notable Islanders alumni and feature UFC star and Long Island native Chris Weidman. Throughout the show, Weidman will be interacting with fans, capturing the excitement and electric playoff atmosphere and tailgating both inside and outside the arena.