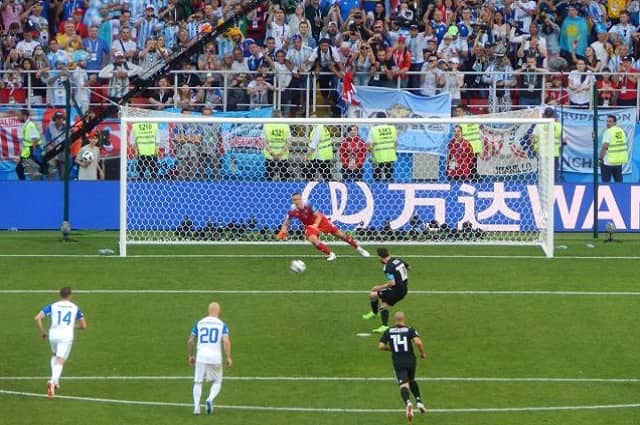 Sports are starting to make a comeback, but instead of watching them in-person, we’re limited to the next best thing—watching them unfold on live (or pre-recorded) television. We won’t lie: television has its benefits. There’s a huge variety of sporting events to choose from, some of them based in our very own country, and others that are broadcast around the world. If you’re wondering what some of the biggest sporting events worldwide are, keep on reading to find out.

The Olympics features a wide range of different sports, including swimming, tennis, and figure skating, and athletes from all around the globe. With so much diversity, it’s no wonder that the Olympics is one of the biggest sporting events worldwide. People take pride in cheering for their country and enjoy the flexibility of the event—they can choose to watch one sport, a few sports, or all of them. The Summer and Winter Games, held every four years, both boast an average viewership of 2 billion.

The World Cup of soccer is a global event. It features 32 teams from around the world, including ones from France, Croatia, and Mexico. These teams compete until one of them is crowned the champion. Like the Olympics, the World Cup is held every four years. It boasts huge numbers, with a viewership of 3.262 billion in 2018—nearly half the world’s population—and close to 200,000 physical spectators.

The Super Bowl is one of the most popular American sporting events. People from all over the country gather at the stadium, throw massive (or modest) tailgating parties, or watch it from the comfort of home. With its thrilling showdown, A-list halftime performances, clever advertisements, and other unforgettable moments, the Super Bowl has it all. This year’s Super Bowl between the Kansas City Chiefs and the Tampa Bay Buccaneers drew a viewership of 96.4 million.

The Tour de France is a prestigious and challenging cycling competition that takes place each summer in France. The event’s course consists of 21 stages, totaling approximately 2,200 miles. Over 23 days, the competitors, who are divided into groups of eight, work with their teammates to finish with the fastest time. With nearly 3.5 billion viewers yearly, the Tour de France is one of the most-watched sporting events worldwide.