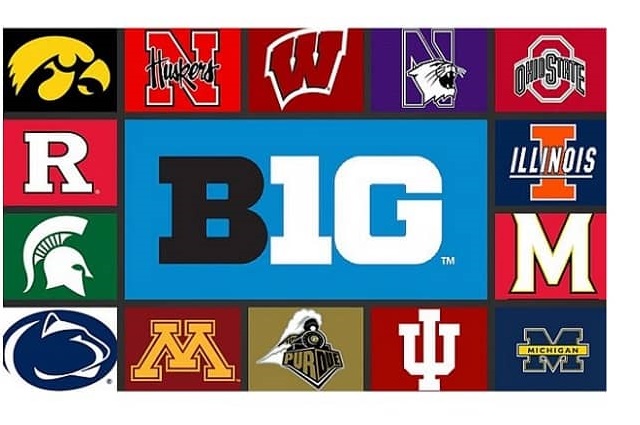 The smell of college gameday is in the air as we are just around the corner from another college football season. Last year was one of the most bizarre seasons ever played in the sport. It was followed by a summer of change with the new NIL rules and the Big 12 drama. Now, it will be wonderful to watch the action unfold on the field and not off it. In this Tailgater magazine series, we will be previewing each Power 5 Conference and today we focus on the Big Ten.

The biggest surprise last season was the emergence of Indiana. The Hoosiers were ranked in the final top 25 for the first time since 1988 and went 6-2, making a case for the Big Ten Championship Game. Northwestern bounced back after a sloppy 2019 season and Iowa went 6-2. We saw very disappointing seasons from teams like Wisconsin, Penn State, and Michigan.

Of course, Ohio State is the obvious choice here, so I won’t say much about them outside of Ryan Day being a fantastic coach and the recruiting class being another home run. I think Penn State will ultimately be the most intriguing team to watch as there is a real possibility that James Franklin’s job could be on the hot seat after a very poor 4-5 season. Sean Clifford struggled at the QB position last season but with some experience under his belt, there is optimism in Happy Valley that he can be the guy.

The other team that I am most excited to watch is Indiana. They came out of nowhere last season to become one of the best stories in all of college football. It felt unfair that they were left out of the championship game after Ohio State did not play enough games to qualify but were allowed to play anyway. They haven’t had back-to-back top-25 finishes since 1945-1946.

Aidan Hutchinson is the guy to watch for me as he has a serious shot to be a Top-5 pick in the 2022 draft. Michigan isn’t all that exciting right now, but Hutchinson is an explosive EDGE player that can wrack up tackles and get to the quarterback. He had ankle surgery midway through the 2020 season, and I am eager to see if he can bounce back and succeed before heading for the NFL.

Pick to Win the Big Ten

Ohio State is the easy choice here and will win the Big Ten. At this point, we know how the system works and we know which teams have the best shot at the College Football Playoff. They’ll play their toughest game on the road in Indiana on October 23rd, but I am not betting against the Buckeyes and think they’ll go undefeated.