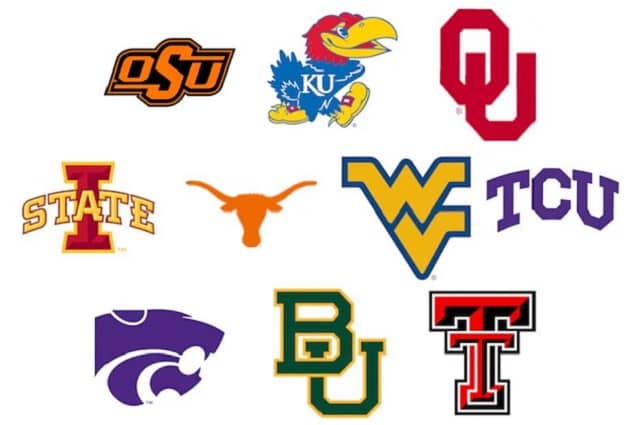 The smell of college gameday is in the air as we are just around the corner from another college football season. Last year was one of the most bizarre seasons ever played in the sport. It was followed by a summer of change with the new NIL rules and the Big 12 drama. Now, it will be wonderful to watch the action unfold on the field and not off it. In this Tailgater magazine series, we will be previewing each Power 5 Conference and today we focus on the Big 12.

It was a very interesting year in the Big 12 where Oklahoma stumbled right out of the gates and although they rebounded nicely, it was too little too late. They were able to edge Iowa State in the Big 12 Championship Game, but it wasn’t enough to qualify for the College Football Playoffs.

Speaking of Iowa State, the Cyclones are an incredibly fun team to watch, and they proved that last year by finishing with the top record in the Big 12 regular season and then going on to win the Fiesta Bowl against Oregon. With QB Brock Purdy back for his senior season they could challenge Oklahoma for the conference championship.

Of course, we can’t continue this preview without addressing the fact that Oklahoma and Texas will be leaving the Big 12 for the SEC and there is a lot up in the air in the conference. The earliest they can leave contractually is 2025, but a side deal could be worked out to get them into SEC country as early as 2022 or 2023.

Oklahoma is going to be the team to watch this season.  This might be the most complete team that Lincoln Riley has ever had in his tenure as head coach with the Sooners. What makes this more intriguing is that the Sooners now have a massive target on their backs. Texas will deal with the same thing, but the Longhorns ceiling is much, much lower than that of the Sooners. This could be a team that competes for a National Championship, but they’ll have to get through their conference rivals.

Iowa State is my other pick who only benefits from the OU and UT news this season. The Cyclones have had that target removed from their backs and Matt Campbell knows this is maybe his team’s last shot for a CFP run if he doesn’t get another season with the Sooners in the conference. This team is loaded and can build off their 9-3 record from last season.

Spencer Rattler is the easy choice here. He is a Heisman candidate hopeful and a man with a lot of pressure on him. He starred in the Netflix series QB1 a few years back but then had a very rough beginning to his first year as the starting QB for the Sooners. He rebounded nicely and now has a chance to make a huge impression on NFL scouts.

It’s going to come down to Iowa State and Oklahoma, but in the end, it feels like the Cyclones can’t get out of their own way early in the season and the road schedule for the Sooners is fairly easy. Give me Oklahoma with an 11-1 record.