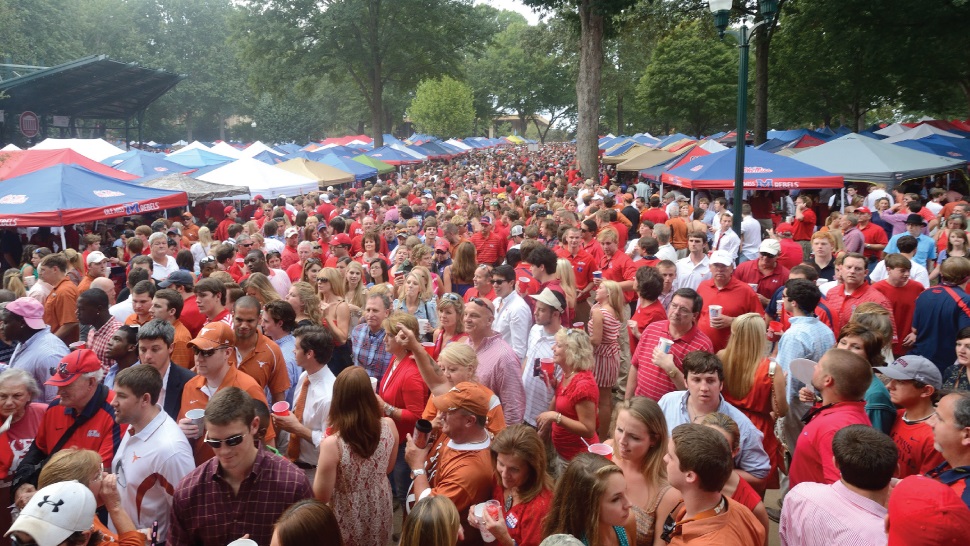 The final game of opening week pits Ole Miss against Florida State from the Citrus Bowl in Orlando. Yes, it’s a neutral site game, and yes it’s a Monday night game, but c’mon, is there a better way to celebrate Labor Day?

One of the few intra-conference games of note during week 2, South Carolina’s fiery new head coach Will Muschamp leads his squad into Starkville to face a good Mississippi State team in his SEC contest with the Gamecocks.

The defending National Champions head a few hours east to take on the Rebels on the sanctified grounds of the Grove in Oxford, Mississippi. The Crimson Tide has lost two in a row to the Rebels who have been on a high as of late. Besides, did we mention this is Alabama vs. Mississippi in the Grove?

While today’s Penn State may not exactly be the Penn State of old, this week our Big 10 match-up is intriguing on many levels. Michigan coach Jim Harbaugh is creating a huge buzz in Wolverine country, and the setting in Ann Arbor couldn’t be more symbolic of why we love college football.

Sanford Stadium hosts a rematch of one of the wildest SEC games from a year ago as the Volunteers erased a 21-point deficit to beat the Bulldogs 38–31.

The Ducks’ days of hovering in the top of the polls look to be over while the Huskies’ fortunes are on the rise. As of this writing, Washington is actually ranked higher in many pre-season polls than their rivals to the south. A key game for Pac-12 North dominance.

On paper, this looks like a great mid-season game and one heck of a reason to be in South Bend in mid- October. Stanford and Notre Dame are ranked #8 and #9 respectively in the ESPN pre-season ranking, meaning this game could have serious post-season ramifications.

Johnny Football may be a memory at A&M, but is another must-see rivalry in the making? The Aggies- Crimson Tide game always exceeds expectations, plus October in Tuscaloosa is college football Mecca.

Anyone who doesn’t have this game circled should have his head examined. The Wolverines will look to avenge their 2015 loss to the Spartans, the wildest finish in a season. Big 10 dominance is on the line as well.

A Pac 12 inter-division contest, the Ducks-Trojans match-up ought to be an offense lover’s dream. Oregon got the better of this one in 2015, defeating USC 48–28 in Eugene. This game could resemble a basketball final score when it’s all said and done.

Who would have thought this game would be an important one on the Big 12 schedule. With both teams ranked in the top 10 in several pre-season polls, the Bears-Sooners match-up may actually be more enticing than that Auburn-Georgia game the same weekend. My how things change.

An off-week for many top tier programs, these Big 10 giants go at it in Lansing for a late-season barn burner.

Rivalry weeks provide almost too many choices each year, but with Alabama coming off its fourth national championship in seven years, the Iron Bowl is in a class by itself in terms of history and intensity.

Another interesting, late season rivalry, the Cowboys- Sooners match-up has a lot to offer. Both are highly ranked in pre-season polls, won at least 10 games in 2015 and are returning plenty of starters from last season.

While neither service academy figure to be darlings of the Top 25, the annual Army-Navy rivalry is one of those games that defines college football.