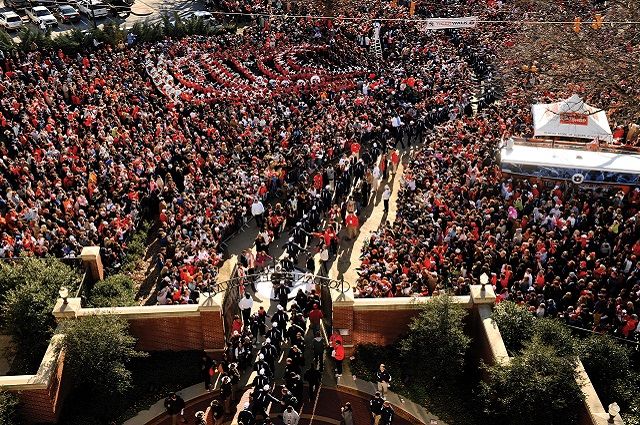 The Tigers’ inability to meet their top-10 preseason ranking last year led to a difficult season. Things were so bad at one point that boosters were looking to fire six-year veteran coach Gus Malzahn just one year after he signed a seven-year $49 million contract. Malzahn survived, but his 2019 record will need to fare better than last season’s 8–5 or else the calls for his head will resume.

The Tigers have had four or more losses in each of the last five seasons, which makes us wonder why Malzahn received the contract extension in the first place? Ultimately, Malzahn’s choice of starter, in a three-way quarterback competition, may determine his fate as the offense must get back on track to compete in the powerhouse SEC West.

No matter the team’s performance, Auburn tailgating is a perennial national championship contender on Saturdays in “The Loveliest Village on the Plains,” where football is deeply personal and tailgating is all about family, tradition and belonging.

From the Tiger Walk of players marching through campus into Jordan-Hare Stadium to the toilet-papering of the oak trees on Toomer’s Corner following home victories, the traditions on game day in Auburn are as important as the action on the field.

Among these traditions, however, one stands above the rest—the flying of Auburn’s golden eagle prior to kickoff. Plan to be in your seat at least 20 minutes before game time to capture this majestic moment. Auburn fan or not, it is one of the coolest things across all college football. War Damn Eagle, indeed! 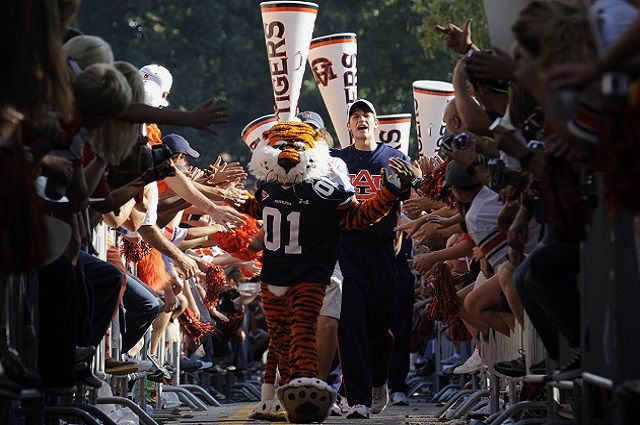