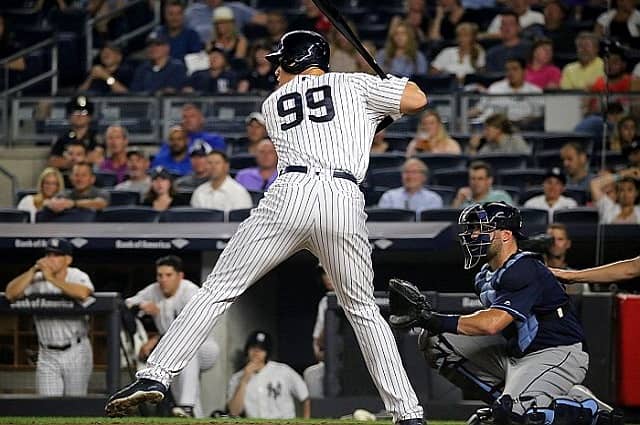 The MLB All-Star game is less than two weeks away as the game’s best, or maybe just most popular, will suit up for their respective leagues and take the field at Dodger Stadium. This MLB season has been full of incredible play, total surprises, and major disappointments. Let’s look at the American League mid-season report.

There is no denying that the Yankees are not just the best team in the American League but also in all Major League Baseball. At the time of writing this, New York is the only team in baseball to not hit the 27-loss mark, they have just 23. Their offense has been potent as ever and they are never truly out of a game until it’s over. New York has 23 come from behind wins this season and they are being led by the best hitter in baseball in Aaron Judge. We aren’t even at the halfway point yet and New York has a 13-game lead in the East.

Maybe this didn’t feel like a surprise before the year began, but the Red Sox got off to an AWFUL start. On May 15, the Red Sox were 13-21 and it looked like they were already being written off as another fluky Sox year. Since then, the Sox have won 32 of the 47 games they’ve played. While Boston certainly has some holes in their lineup and bullpen, they are finding ways to get it done and stay in the hunt in the AL East. The division is stacked with great teams, even the last-place Orioles are just seven games under .500.

Joe Maddon was fired early in the season as the Angels went on a 14-game losing streak, the longest in franchise history. Shohei Ohtani is still doing his thing and playing like a monster, but outside of him and Mike Trout, this team stinks. Of all players in Major League Baseball, seeing Mike Trout in a playoff series seems to be the one thing everyone desperately wants, and I don’t know if we are ever going to get it.

It is hard to deny that Judge has been the best player in the American League. He is batting .281 with a league leading 29 home runs and 60 RBIs. The record for most home runs in a season is 73. Will Judge flirt with that number? Doubtful, but it will be fun to watch if he does.

He leads the league in ERA, WHIP and strikeouts. He has been a menace to all hitters that he faces. The Rays always seem to have a young ace up their sleeves and that’s what McClanahan has been this season. He has been a blast to watch on the mound unless he is facing your team.

Everyone was excited for the debut of Julio Rodriguez and the Mariners young star has yet to disappoint. He is a five-tool guy who is batting .277, leads the league with 21 stolen bases, and has played in more games than anyone else.