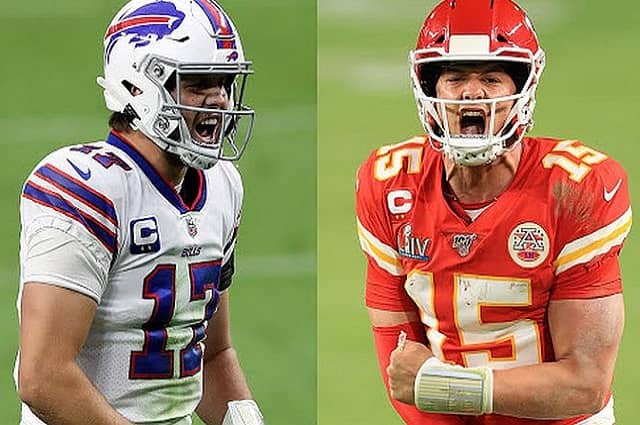 Bills Square off Against Chiefs

It has been a long, long time since Buffalo Bills fans have had the opportunity to see their team play in an AFC Championship Game. In fact, it was the 1993 season, in a game against none other than the Kansas City Chiefs.  The Chiefs were led that day by future Hall of Fame quarterback Joe Montana in his first season with Kansas City. Ironically, Montana had one of the worst games of his career that day and the Bills cruised to a 30-13 victory enroute to their fourth straight Super Bowl.  Unfortunately, like all their other big game appearances, they lost that game too against the Dallas Cowboys, and well, you know the story since then.

Now, 27 years later, these two are going at it again. Buffalo is hungry for some franchise success, something the Bills Mafia hasn’t experienced in an entire generation. Meanwhile, the Andy Reid-coached Chiefs are the first AFC team ever to host three consecutive conference championship games and the first overall since Reid’s Philadelphia Eagles did it from the 2002-2004 seasons.

For the Chiefs, there was some concern heading into this matchup about the availability of quarterback Patrick Mahomes.  He left the game against the Cleveland Browns last Sunday with a concussion. However, Mahomes has cleared the league’s protocol for the head injury and is set to play. However, there must be some concern about him taking a bit hit.

If Mahomes is injured again, they will have to turn to backup Chad Henne, whose fourth quarter scramble helped secure the win in Sunday’s thriller against the Browns.  Henne also threw an interception that can only be described as an arm punt. Regardless of who takes the snaps, Bills head coach Sean McDermott is doing everything that he can to make sure his defensive squad is ready to face off against whichever QB is ready to play for Kansas City.

“We’ve got work to do to prepare,” McDermott said. “Certainly, have a lot of respect for Patrick and how he plays the game and what he adds to their offense. But as you saw with the weapons that they have and the system that Andy runs — I thought Henne came in and did a really good job and won the game for them there. So, we’ve got a lot of work to do as a team, and also in this case on our defense, to get ready.”

These two played each other back in October and the Chiefs won 26-17 in Buffalo as they limited Josh Allen to only 122 passing yards. Since that game, the Bills have gone on to win 11 of their next 12 games, including the playoffs. The Chiefs got just as hot, winning every game from that point until Week 17 when they rested their starters.

Many NFL fans would have loved to have seen a Bills vs Browns AFC Championship Game but  this game should truly live up to the billing. Mahomes and Allen might be the two most exciting quarterbacks in the AFC and this game could be telling for the first major game of a possible repeated rivalry. It kicks off at 6:40 pm ET on CBS.