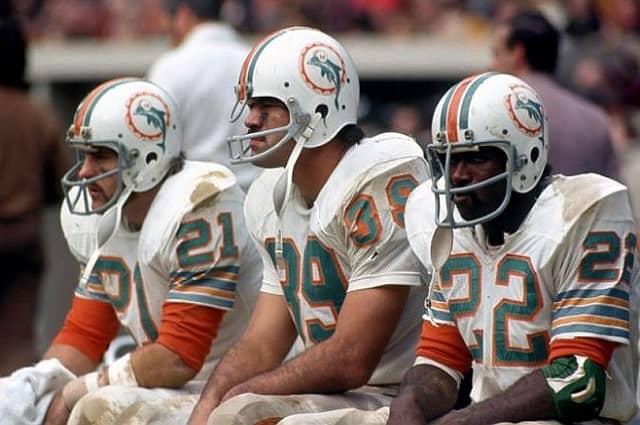 The Super Bowl is a game that celebrates the greatest teams to ever suit up. The teams that truly stand out in NFL history are ones that have pulled off the great wins in the Super Bowl. We have seen classic coaches, legendary quarterbacks, and some of the most skilled playmakers ever create great moments in this epic game. Here are the Top Super Bowl Teams in NFL History.

Coach Jimmy Johnson returned the Cowboys to the top of the NFL. The offense was led by NFL Hall of Famers Troy Aikman, Emmitt Smith and Michael Irvin, otherwise known as “The Triplets”. Their top-ranked defense was spearheaded by Hall of Famer Charles Haley, who was acquired in a trade two weeks before the season began. Dallas fielded the youngest team in the NFL and destroyed the Buffalo Bill 52-17 in the Super Bowl. They went on to become the first team in NFL history to win the Super Bowl three times in four seasons as they beat Buffalo again following the 1993 season and the Pittsburgh Steeler following the 1995 season.

This Steelers team was mean and fierce. They had Terry Bradshaw, Lynn Swan, John Stallworth and Franco Harris leading the offensive charge. This was a team that went 14-2 in the regular season and you were bummed out if you had to face them in the playoffs. Their defense, led by Hall of Famers Jack Lambert, “Mean” Joe Greene, Mel Blount and Jack Ham was tough to handle, ranking best in the league this season. This was a real Steelers dynasty and while some will argue that the ‘76 team was better, ‘78 makes the list here after defeating the Cowboys 35-31 for their third championship in five years.

The ’04 New England Patriots were dominant.  Tom Brady was the main man on offense, but the addition of Corey Dillon, who was acquired in a trade days before the 2004 NFL Draft, was key.  Dillon rushed for a career-high 1,635 yards in 2004. Winning their first six games of the season, the Patriots set the NFL record at the time for consecutive regular season victories (18).  The defense was led by Richard Seymour, Tedy Bruschi, Asante Samuel and Rodney Harrison. The Pats beat the Philadelphia Eagles in a crazy Super Bowl win to give them their second straight Super Bowl victory and third in four years as they truly cemented themselves as a dynasty.

This team, coached by legendary Mike Ditka, is thought of as the greatest defensive unit to ever play the game of football. They allowed just 12.4 points per game that season, less than two touchdowns every outing. They went 15-1 and had Hall of Fame greats like Walter Payton, Mike Singletary, Dan Hampton and Richard Dent. They won the Super Bowl with Buddy Ryan as the defensive coordinator by a score of 46-10 over the New England Patriots, one of the most lopsided victories ever.  The team was ranked as the second greatest Super Bowl championship team on the NFL Network’s document series America’s Game: The Super Bowl Champions.

The Niners were great under Bill Walsh and this had to be his best team in San Francisco. The 1984 49ers became the first team to win 15 games in the NFL’s regular season since the league went to a sixteen-game schedule in 1978. Led by Joe Montana, Roger Craig and Dwight Clark, this was an offense that was unstoppable. To think that the next season they would go on to add Jerry Rice is outright scary. This team had five Hall of Famers on it and they dominated the Miami Dolphins and NFL season MVP Dan Marino 38-16 in the Super Bowl. Montana was awarded the Super Bowl MVP trophy for the second time in his career.

You had to know that this team was next on the list. The team was led by coach Don Shula, and they are still the only team ever to go undefeated and win the Super Bowl. This team had seven Hall of Famers and was led by Bob Griese, Paul Warfield and Larry Csonka on offense. The legendary “No Name Defense” led by Hall of Famer Nick Buoniconti and Jake Scott dominated most games. Miami went 14-0 in the regular season and went on to win the Super Bowl over the Washington Redskins by a final score of 14-7. Winning the Lombardi Trophy this season with that resume lands them as the best team in Super Bowl history.