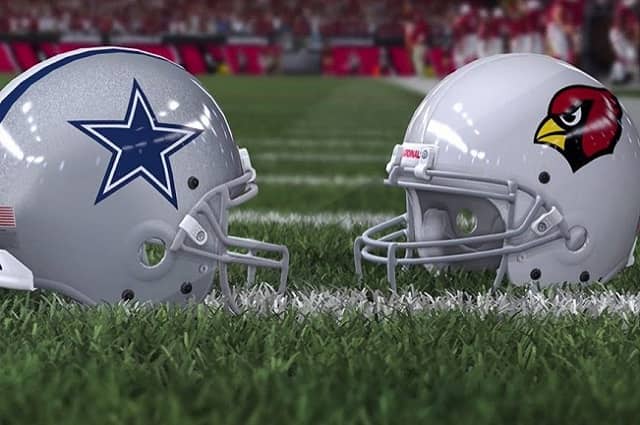 The playoff picture is starting to take shape and it is do or die for several teams in the NFL.  With only two weeks left in the regular season it will truly be win-or-go-home for many bubble teams that are trying to shove themselves into a wild card spot. The tie-breaking procedures in the NFL are a bit complicated to say the least, but they mean all the difference for two teams with the same record. Let’s break down the top three games for 2021 NFL Week 17.

The Ravens have been killed by their inability to convert two-point conversion attempts. Injuries haven’t helped their cause either.  Both of their quarterbacks were out last week so journeyman Josh Johnson got the start. It didn’t go well as they were blown out by the Bengals. The Ravens have a 36% chance of making the playoffs according to  FiveThirtyEight. They really need to win their final two games to grab a wildcard spot. The Rams are hoping to win the NFC West. As the Cardinals continue to choke, the Rams have put together a couple of nice victories and now own the top spot in the division. Matt Stafford had his worst game as a Ram last week with four turnovers.  Injuries will tell the story of this game, because if Lamar Jackson is out again, this game will easily go LA’s way and likely give them the top shot at winning the division. I like LA at home in a game where Baltimore feels defeated already. Prediction: Rams

The Chiefs are in the driver’s seat in the AFC to win the conference and be given the number one-seed which gives them a first-round bye and home field advantage in the playoffs. If KC wins out, they will earn the top seed, if they split their final two games and Tennessee wins out, the Titans get that spot. So, this is an important game for Kansas City. The Bengals’ needs are more pressing, they were helped this week with the other three AFC North teams losing. The Bengals haven’t technically clinched a playoff spot yet, but they have a 72% chance of winning their division. Cincy has to win just one of their next two games to win the division as they own the tiebreaker against the Ravens if Baltimore were to win out. I see this as a shootout, and while this might seem surprising to many, I really like the Bengals in this matchup. They run the ball well and Burrow is coming off a 525-yard passing performance. Prediction: Bengals

What has happened to the Cardinals? Once the Prince Charming of the whole NFL, after their 7-0 start, they are now freefalling towards another disappointing end with losses in five of their last eight games. The Cards will be in the playoffs, that is clinched, but they have handed the NFC West to the Rams and are now projected to play the Bucs in round one. They can still win the West if they win out and if the Rams lose at least one of their next two. The Cards can even lose this game if LA loses out, but I am not betting on that. For Dallas, things are pretty much wrapped for them. After a couple of mid-season hiccups, they ride a four-game winning streak after stomping Washington 56-14 their last game. They can be the number one seed if the Packers lose one of their two remaining games, and they win out.  Given which way these teams are trending and the fact the Cowboys are playing a second-straight game at home, I like Dallas. Prediction: Dallas