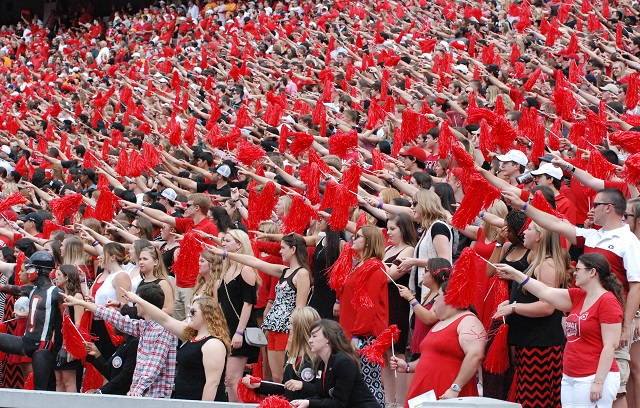 Steeped in folklore and tradition, Georgia Bulldog football carries an air of passion and refinement few other college programs can match. Just say the words “between the hedges” to anyone in the Southeast, and you’ll catch the drift.

First planted in 1930 just hours before a game at Stanford Stadium, the 5×5 emerald green hedges serve as a protection around the football field, a picaresque landmark around one of the most historically significant playing fields in the SEC.

Georgia simply oozes tradition, such as the Chapel Bell where students rush following a home win to ring the bell long into the night. There’s also the player entrance known as the Dawg Walk, one of those must-see events at each home game, and a fan favorite, the lovable mascot known as Uga.

“Normally for my friends and family we’ll show up early that morning and we’ll set up our tailgate, but whether it’s a noon kickoff, a three o’clock kick, or a 6 p.m. kick, at some point we move away from the tailgate and make our way down to the area to catch a glimpse of our favorite players coming through,” says Kevin Scott, a 2005 Georgia graduate and co-founder of the brand consultancy company, ADDO. “There is no there is no better mascot in America than Uga, the white English bulldog. When Uga is on the field, that’s always something exciting to see.