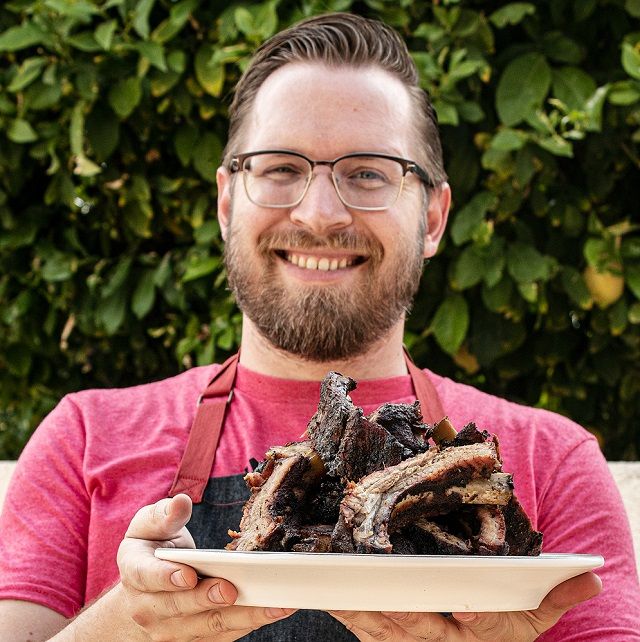 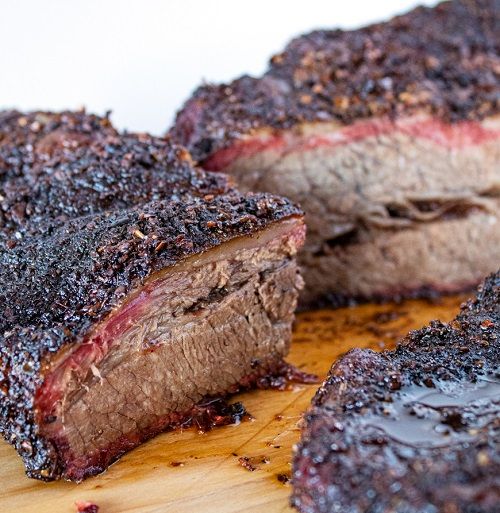 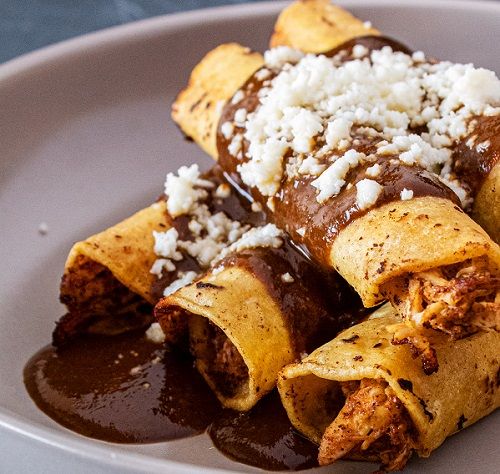 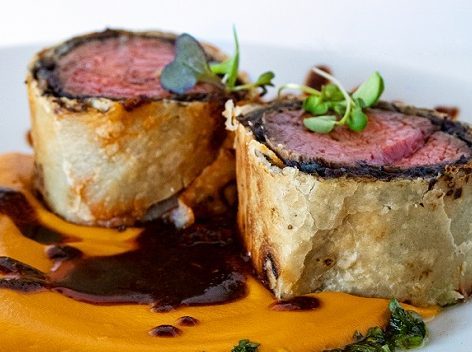 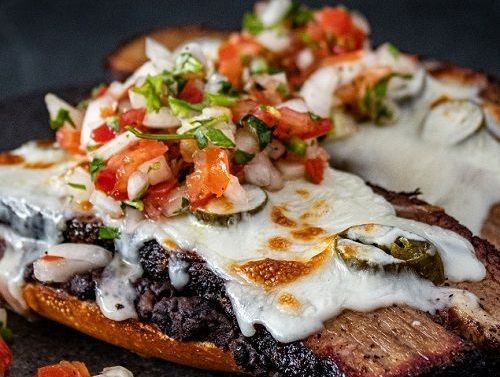 Step out of the bland, says Brad Prose, a wealth management guy in Phoenix and avid griller. Knowing flavor profiles not only deepens the satisfaction in your grilled and smoked foods, but can help rectify an error, like throwing in a dollop of yogurt to tone down a spicy stew. When it comes to flavor profiles, there seems to be some deviation among the foodies. For Prose, he goes with five: salt, sweet, sour, heat and umami.

Sometimes fat is thrown in there, especially since that’s part of the operation of grilling. Like in turkey and chicken, you’re missing that component. That’s why people recommend brining them [in acids, not salts], because it adds a layer of acidity and juiciness into it. Poultry in general, though, is pretty sweet. But it doesn’t have that spicy element or that umami flavor with that savoriness, which is why a lot of people will bacon-wrap it or add cheese. You’re looking for those extra components to try make it savory, make it a whole meal.

Duck and geese, though, have plenty of umami flavor?

That’s why with duck you have a lot of really rich berry sauces or sweet side dishes, like sweet potatoes or roasted root vegetable purees, because you’re really looking to cut through that fat, and you need sweetness and acids to do that.

What about umami for beef?

Think about a steak, when you place it on a hot skillet to sear it, with that crust, what you’re doing is getting a Maillard reaction where fat is reacting and evaporating the moisture, and it actually ends up creating natural sugars on the outside. And that’s why we like chicken skin too. It actually creates caramelization through that Maillard reaction, and that creates a whole level of umami flavor.

Which flavor profile is being ignored by grillers?

This is a bold statement—I’m actually going to say salt. I think most people over season their briskets or whatever they’re smoking. You’re missing out on the inside. A great way to finish meat is using a really thick or coarse salt.

When I pull a chicken off the grill and slice it, I will take a salt that I’ve mixed with some lemon zest and thyme, and I’ll sprinkle that right on. It enhances the flavor of the chicken just that much more without it being all barbecue rub. And it’s the same with super thick steaks, with duck, with lamb. That salt component is so critical, and I see it ignored so much in barbecue and grilling.

A few options and some insights for adding an extra satisfying layer or two.

Citrus fruits, vinaigrette, coffee, beer, tomatoes, pickled vegetables, vinegar. Acts sometimes similar to salt. It brightens the flavor and cuts through how rich and overwhelming fat can be sometimes.

Fermented products, mushrooms, caramelized onions, tomatoes, Parmesan cheese (fits almost all the profiles), bacon, roasted veggies. Basically anything you can think of that kind of makes you salivate a little. Think savory.

This is a finishing salt?

I almost always do a finishing salt. A lot of times I try to add some citrus to the salt, which would be my acid component, like lime or lemon zest or orange zest, and then an herb. It could be thyme or rosemary or dried cilantro or parsley. It depends on the flavor profile I’m going for. The acid could be some kind of wine. I know that sounds funny, but you can soak salt in wine, dehydrate it, and you get wine salt.

My favorite is a really deep red. So you take a real coarse salt, pour in a little cabernet, strain the salt immediately, and dehydrate it. You get a light pink salt with a hint of cabernet. It’s amazing. You can do it with coffee—to put on desserts or beef—or anything that’s acidic that’s got a lot of flavor.

What flavoring don’t we know much about?

That’s an easy one, that’s gochujang. It’s fermented chile paste. It’s Korean, and almost every family traditionally makes it themselves. It’s basically a combination of fermented rice with a lot of chiles and some soy and some sugar, and they let that ferment for months and months. I get it at my normal grocery store.

What flavor profile is gochujang?

It’s a heat. It’s a deep, rich and savory flavor. One of those heats that makes you drool and crave more. It’s quite spicy and thicker than mashed potatoes. The Koreans put it in broths for different sauces and soups. They cut it with a lot of soy sauce and vinegar (salt and acid). The way I use it, I cut it with a splash of water for every 2 to 3 tablespoons, so it’s still thick enough you can spread it with a pastry brush.

Heat the oil in a nonstick pan over medium-low heat. (I do not use a skillet, as the achiote paste tends to cook fast and can get bitter if not careful.) Add the garlic, cumin, pepper, oregano, achiote paste, chipotles, and adobo sauce into the oil and cook for a few minutes, stirring to incorporate everything together. Remove from the heat and allow to cool completely.

Put the cooled achiote mix into a blender with the bitter orange juice, sugar, and salt. Blend until fairly smooth and set aside. Adjust to taste — more chipotle for heat, more OJ for acid, etc.

Reserve 1 cup of the marinade to baste the wings at the end.

Place the wings in a large, zipper, plastic bag. Pour in the rest of the marinade, and refrigerate 2-4 hours. The high level of acid will tenderize the chicken too much if you wait longer.

Preheat the smoker to 250°F. Remove the chicken wings from the marinade and rub off the excess sauce, so it doesn’t clump on the grill. Place the wings on the grill. Smoke for 45 minutes undisturbed.

Remove the wings from the grill and let them rest.

Crank up the grill to 400°F. Place the wings back on, and baste with the reserved marinade. Let the wings grill at the high heat for about 6–8 minutes on each side, basting as you flip. When they read at least 165°F with an instant-read thermometer when inserted into the thickest portion of each piece, remove and serve.

It’s a fermented product, so it has this earthy, spicy, rich flavor that tends to make you salivate, like an umami. As you’re eating, you’re tasting all these different complexities at the same time, because it’s so funky that it ends up being a potential replacement for something with an umami flavor, a savoriness. Use it on something that could use a little bit more heat, like a pork or chicken, because they’re pretty blank canvasses.

Swap ingredients from the same flavor profile. If you used to make barbecue sauce with chipotle, who’s to say you can’t swap out it for Korean chile peppers? If you use Worcestershire, swap it out for soy sauce. For brown sugar, use aged maple sugar or molasses. A swap can make it a completely new dish. It’s all about knowing what your options are in the flavor profiles…and don’t be afraid. 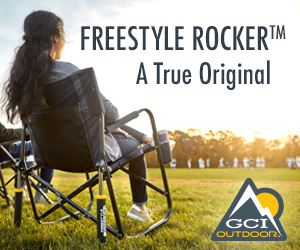