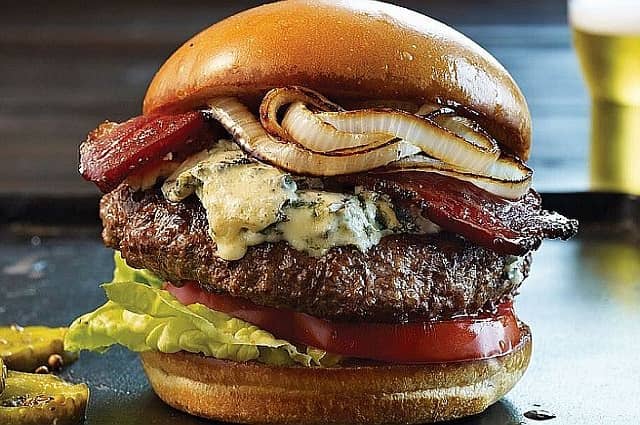 Have you ever considered using a cast-iron skillet on the grill for cooking burgers? It may sound crazy, but there are a few reasons it’s worth giving it a try. Cast iron skillets are formed from a single piece of metal, which provides for an even distribution of heat — something you just don’t get from your charcoal grill alone.

Planning to cook burgers for the next tailgate or backyard barbecue party? We suggest you try cast iron skillet burgers on the grill!

You might grill to keep from cleaning the kitchen but cooking fatty burger patties on the grill can also create a bit of a mess. Sure, it’s nothing a grill brush (or aluminum foil) can’t handle. Because cast iron is seasoned with a non-stick coating, the clean-up is much easier than that of a traditional barbecue.

When you’re done cooking the burgers, let the skillet cool down a bit, wipe it down to remove the burnt bits and grease, coat it in some oil and throw it back on the grill to season it for the next use.

When you cook hamburger patties on an open grate, the fat from the burgers seeps out and falls into the grill. When fat hits a flame, it causes a flare-up.

Flare-ups can be dangerous and they can also toast the outside of your food more than you want. Cooking in a cast-iron skillet traps the fat and prevents it from falling into the heat source.

One of the main differences between a grilled burger and one cooked in a skillet is how juicy the burger usually is. The fat that drips down through the grates is just flavor escaping your burgers, so trapping the fat is two-fold. Not only does it put an end to flare-ups, but you’ll be cooking burgers in their own fat. This preserves that precious beef flavor and makes a much juicier burger with that crispy, brown crust.

Even with the cast iron skillet, you’re still cooking on a grill, over an open flame.  Regardless of whether you’re cooking over charcoal, on a pellet grill or with gas, you still get that awesome smoky flavor.

All you need to do is open the vent and close the lid for a few minutes while the burgers are cooking. If you’re using a gas grill, throw some wood chips in a smoker box before you start cooking to help flavor the burgers.

The skillet has plenty of space to toast buttered buns, crisp bacon, and grill onions. Just be sure to keep the lid off the grill if you’re cooking these yummy extras in addition to your burgers.  That way, you can keep an eye on things.

Now’s the time to break out that cast-iron skillet and put it right on the grates. Pick your favorite hamburger recipe and try cast iron skillet burgers on the grill! 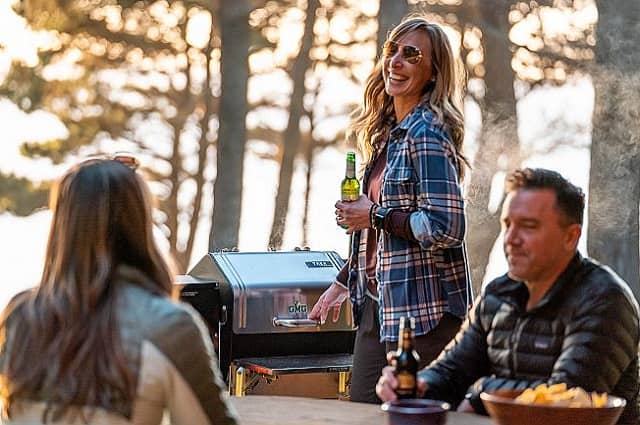