What Cut of Beef Ribs is Best? 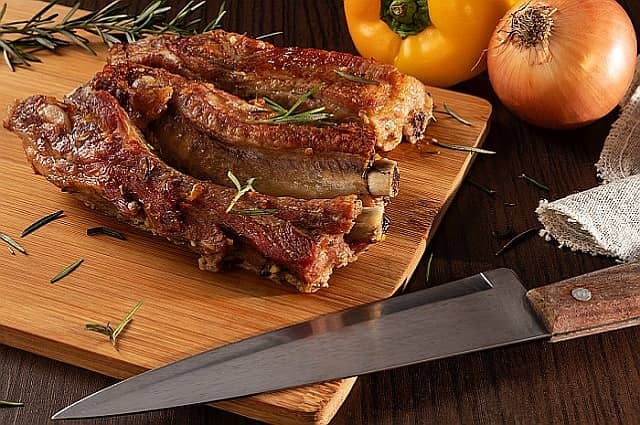 What Cut of Beef Ribs is Best?

Beef ribs have grown in popularity in the barbecue world and it’s easy to see why.  Some people call them “brisket on a stick”.  While that’s not quite the case, some beef rib cuts do have an enormous amount of meat on each bone. They do have some unique characteristics compared to pork ribs, causing many people to have a hard time choosing which they prefer. With so many different cuts and variations of beef ribs available, you may be left a little confused. In this article, our friends at BBQGuys break down the different types of beef ribs available and the variations of each cut.

Not always the easiest to come by for the backyard grill master, but let’s be frank: it doesn’t get bigger or badder than this. One beefy plate short rib typically weighs in at 1–2 pounds, proudly serving 2–3 by itself. Pulled from the lower ribcage, the “brisket on a stick” boasts ample fat for maximum moisture. Did we mention they often sell in full stacks of three? Have fun!

Also called “Flanken” or “Korean-Style Ribs”.  These are a great crowd pleaser! Cut into 1/2-inch-thick slices so that each slice contains a few bones, and you get the Flanken cut popular in Asian cooking — specifically, the Korean kalbi style. Divide between the ribs for a thick slab of beef on one bone for your English cut. Meatier (but tougher) than plate short ribs, chuck short ribs are about as versatile as it gets.

Also known as “Dinosaur Ribs”, these are often forgotten by all but pioneering pit masters, beef back ribs are pulled from the rear portion of the rib cage near the spine. Surprisingly, they can be limited on meat; you can thank prime rib for that, as it’s cut from the adjacent space. Back rib meat is mostly found between the bones themselves, but boy is it delicious! (We’ll cut prime rib some slack, just this once.)

What was once a casualty of presentation has gained appreciation on its own merit. Increasingly common and popular in local grocery stores, beef riblets are often what’s left over when butchers prepare boneless chuck short ribs. Frequently sold in 3—pound packs, the result is a delicious variant with less meat but a faster cook time — and who doesn’t love that?