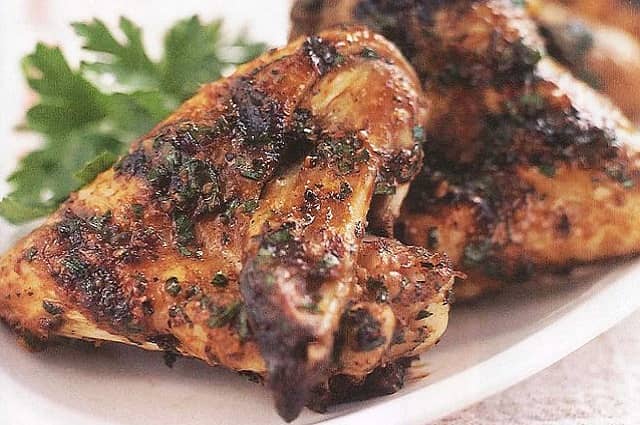 Fold and tuck the wing tips back behind the drummettes, creating triangles. Marinate the chicken for at least two hours, or up to overnight, refrigerated.

Remove the wings from the marinade and discard the marinade. Grill the wings over direct medium heat, until the wings are brown on the outside and the meat is opaque, about 20 minutes total cooking time, flipping them over once or twice during cooking. Serve warm or at room temperature.