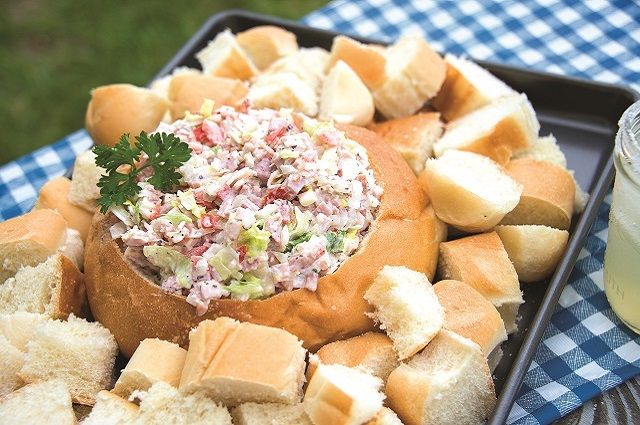 "You can skip the bread bowl and serve this slapped on hoagie rolls as stand-alone sandwiches."

Chop the onion, peppers, lettuce, tomato, salami, ham, turkey, and cheese, and toss into a bowl.

In a separate bowl, whisk together the mayo, oil, oregano, basil, and pepper flakes; add to the meat mixture, stirring until well combined. Chill until ready to serve.

Carve out the center of the round bread loaf, keeping the sides and bottom intact. Pack the meat mixture into the hollowed-out bread. Cut the bread scraps and the hoagie rolls into big chunks for dipping.

To serve, allow guests to mound the dip onto bread chunks and enjoy a mouthful.