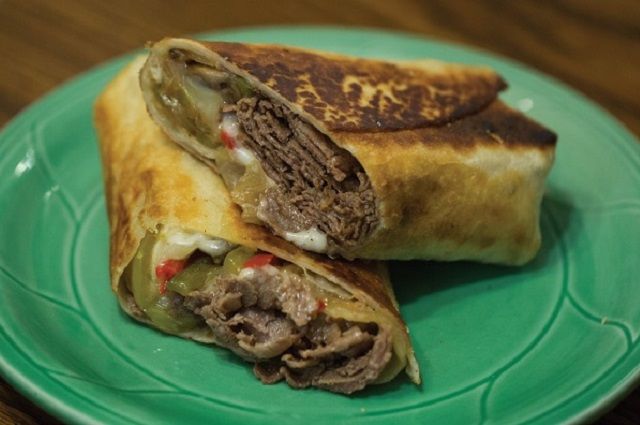 Heat your largest skillet or griddle over high heat until it’s really hot. Then add a decent amount of oil to the pan and turn it down slightly, to medium high. Add the sliced onions and cook, stirring almost constantly, until they’re quite brown and yet not totally caramelized. Add the mushrooms and peppers and cook, stirring almost constantly, until they’re softened. Sprinkle them with salt and fresh pepper, then either push them to the side of the pan or remove them to a bowl.

After you’ve cooked the onions, peppers and mushrooms, add another film of oil to the very hot pan and throw in the steak slices. Salt while you cook, letting one side brown before flipping the pieces over. You’ll likely cook less than 2 minutes per side. Chop well.

If you are using chicken, follow the same instructions just take care not to dry out the chicken. Combine the meat and vegetables.

For sliced cheese, grab 3 slices for every quarter pound of meat and throw them up top of the steak as it finishes cooking while it’s still in the pan. This allows it to melt; if you want extra meltiness, cover the pan for 30 seconds before assembling the sandwich.

Divide the filling between the tortillas. Spread filling slightly off-center. Put in enough filling to fill perhaps a quarter of the tortilla at most. Place it horizontally in front of you, slightly below the center of the tortilla. Fold the sides in so they nearly touch (but not quite).

Heat a clean pan or on a griddle to medium heat, add some olive oil. Place the wraps seam side down grill until golden brown on all sides. Cut and serve. 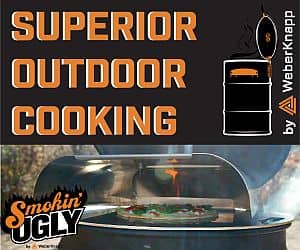