Top 10 Most Annoying Things Our Neighbors Do 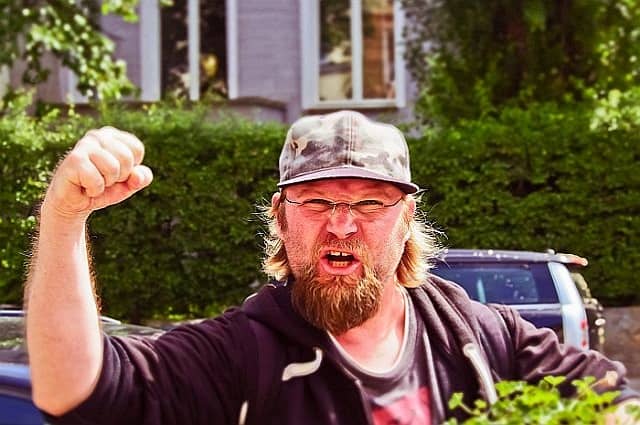 We’ve all been there. You have that one neighbor that doesn’t maintain their yard or has an obnoxiously loud dog, or maybe they blast music and host parties until 3 in the morning. Whatever the annoying quirk of those noisy neighbors may be, just know that you’re not alone.

Maybe you’re lucky and get along great with all your neighbors, but there’s no guarantee that that happiness will last should someone move out and a new neighbor moves in. No matter the type of home you live in, you might be one of the unlucky ones dealing with difficult neighbors.

We were curious as to some of the top grievances Americans share about their neighbors, and how they deal with those difficulties.  Our friends at Lombardo Homes surveyed more than 1,200 people in April 2022 to see who puts up with the annoyances… and who’s ready to build a new home miles and miles away from anyone.

Over half (53%) of Americans currently have an annoying neighbor, the majority of whom live in single-family homes. People in apartments also claim to have annoying neighbors, which makes sense considering how many walls you likely share with others.

When it comes to the annoyance that people can’t stand, it’s no surprise that noise is the number one complaint. Have you ever tried to sleep through a rave being held next door? Or maybe your neighbor thinks 6:30 a.m. on a Saturday is the perfect time to start the leaf-blower. Whatever the case may be, if you’re a noisy neighbor, you’re probably annoying others.

More than 1 in 7 (17%) have not renewed a lease purely due to neighbor annoyances. 14% have flat-out taken the leap and moved, and 1 in 5 have filed formal complaints against their neighbors. You can “Love Thy Neighbor,” but there’s only so much some people can handle.

We’ve established that “noise” is the number one complaint when it comes to issues with your neighbor. But there are so many noises, we were curious as to exactly what sounds people take issue with.

According to respondents, loud music is the number one noise complaint. Loud adults who are talking or shouting, loud pets, loud children, and loud exterior work (such as construction sounds) round out the top 5 noise complaints.

But when it comes to construction, sometimes the noise is unavoidable. You can’t be building a home or repairing a home’s exterior without the sound of tools hard at work. The courtesy to your neighbors comes at appropriate times during the workweek or weekend to begin and end these projects.

When is it socially acceptable to begin outside work during the week? Respondents say around 8 a.m. would be okay and starting around 9 a.m. on the weekends would be ideal. When it comes to those loud noises (aka music and parties), respondents say those ragers should end around 10 pm during the week.

On the weekend, you can party a little later, but your neighbors might hope for less noise around 10 pm. or midnight at the latest.

If you had to rate your neighbors and their levels of annoyance, what would you say? We asked Americans to tell us how annoying their current neighbors are and how likely they are to confront them over their issues.

Chances are, you’ve had to confront a neighbor at some point in your life. Do you do it yourself? 37% say they’ve confronted a neighbor face-to-face. Or maybe you’re not confrontational and send a loved one to battle in your honor.  More than 1 in 10 (13%) have left a note, while 15% call the police. Feeling petty? 17% say they’ve done something on purpose just to “get back” at that annoying neighbor.

Our respondents aren’t all angels; nearly one-quarter (24%) have been the ones being confronted by neighbors. What was the most common complaint against them? Noise issues.

If you’re annoyed by something your neighbor does, it’s possible others in your surrounding area share your grievances. Nearly 40% say they’ve turned to other neighbors to see if they have the same issue with a common neighbor, and nearly 1 in 10 have banded together to confront that common neighbor. Strength is in numbers, right?

Strength may also come in the form of an HOA, although action from an HOA may or may not yield results. About 60% say they have neighbors who break the rules set by an HOA, with 27% admitting to breaking the rules themselves.

Sometimes your neighbor has done nothing wrong, but their personalities just don’t mesh with yours. Your neighbor may be the angelic example of how a neighbor should be, but that doesn’t mean they don’t annoy you. 70% of Americans talk to their neighbors, and yet, 45% don’t want to be talking to them.

They leave it at a neighborly “Howdy!” and call it a day; not everyone wants the play-by-play of your daily activities. About 33% find those chatty or overly friendly neighbors annoying.

When it comes to choosing the lesser of two evils, 70% say they would rather live next to neighbors that talk loud rather than neighbors who have a loud dog. Woof. While 60% say they’d rather live next to people who play instruments rather than a neighbor who throws lots of parties. So instead of blasting house music… perhaps consider taking up an instrument such as the flute? The saxophone? The drums?

If your noisy neighbors tend to be a little nosy, trees and fences make a great barrier to giving yourself some privacy.  About 25% admit to building those privacy walls specifically to avoid neighbors. Unfortunately, you can’t build a fence in an apartment. Nearly 75% of respondents believe that apartments are by far the worst place to have annoying neighbors.