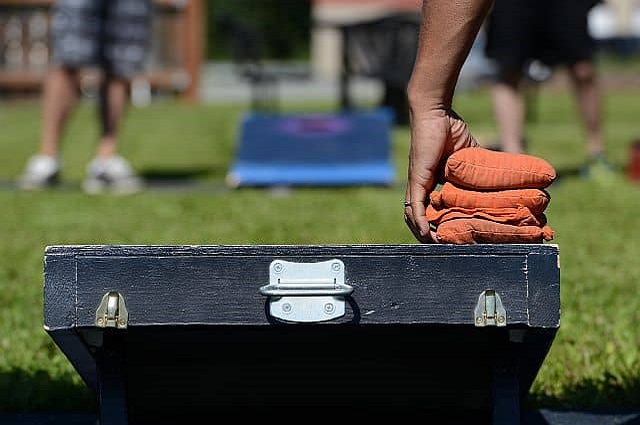 I don’t know if you’re anything like me, but whenever I think of tailgating, I think of three things—great food and drink, large crowds of happy people, and cornhole. What would a day of tailgating be without thousands of people tossing beanbags at slanted boards, cold beer in hand, having fun while waiting for the game to start? No doubt, cornhole is a fun, semi-competitive way to enjoy time together with family and friends. The perfect game for backyard barbecues, pool parties, and, of course, tailgates.

Until recently, however, cornhole was just a diversion, something to pass the time while waiting for something else more important or exciting. However, it was only a matter of time before cornhole—if it were a person and not a game—felt a little unappreciated and decided to leave the band to go solo. In the eternal words of Judas Priest, “Out there is a fortune waiting to be had / If you think I’ll let you go you’re mad / You’ve got another thing comin’.”

Over the last handful of years, cornhole has hit the big-time, with tournaments springing up all over the country paying hefty prize money for victors. With money at stake, this simple game of beanbag toss has, at times, turned otherwise mature adults into uber-competitive douchebags.

For instance, three years ago, a brawl broke out during a charity cornhole tournament sponsored by the Douglas County Chamber of Commerce in suburban Atlanta. According to a news item on CBS Sports, the brawl broke out during a dispute over scoring. The prize up for grabs was a grand total of $500, with proceeds benefitting high school students in the area, making the riot that much more ridiculous (although, the video of the fight was one of the funniest things on the Internet at the time).

The next step, logically, is professional cornhole. I mean, if scarfing down enormous numbers of hot dogs is a sport, then why the heck not cornhole. The American Cornhole League (ACL), the sport’s top professional organization, is aiming to take cornhole to the next level. Morphing out of the American Tailgating League launched in 2015, the ACL is the primary governing body of cornhole throughout the United States, serving as the heart of cornhole at all levels—professional, collegiate and juniors.

In 2018, the ACL introduced the “$250,000 season”, and recent tournaments aired on ESPN2 have drawn as many as half a million viewers. Additionally, large corporations, such as Johnsonville Sausage, are lining up as major sponsors of the tour.  Some of the top players can earn $20,000, or more, annually on the ACL tour.

Look, I don’t begrudge anyone being able to make a boatload of dough doing whatever they love, and I’m sure these tournaments are a heck of a lot of fun to attend. But there is something strange about the need to turn tailgate games into highly organized, professional spectator sports. For instance, beer pong. There exists an organization for every fraternity dude’s favorite spring-break drinking game—the World Series of Beer Pong.

So as you prepare your tailgates for football season this fall, make sure you spend extra time honing your cornhole or beer pong skills. You might just be the next Tom Brady or Steph Curry of one of these burgeoning sports.

My question is, what game are you going to play while tailgating at the next cornhole tournament? 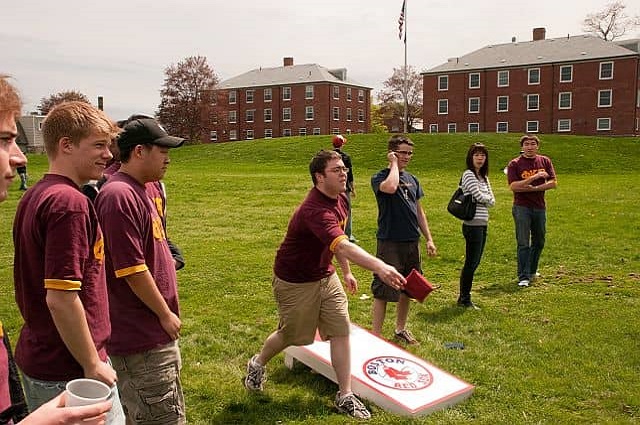 Loyd McIntosh, a freelance writer and tailgater, is terrible at cornhole, losing regularly to his wife, and two teenage daughters.